Mr. James Vann Larkin arrived in Carthage sometime between the years of 1884 and 1886. He was one of the first graduates of the Brown School of Embalming in Raleigh. Due to the small size of the community, Mr. Larkin built a two story wooden building and opened a drug store and harness shop on the first floor. The second floor had his embalming room and stored caskets.

About 1919, Mr. Larkin sold the business to Mr. R. G. Fry, Sr. who was not an embalmer. He was later elected in 1922 as Sheriff of Moore County; therefore “funeralizing” was a sideline for Mr. Fry. Mr. Fry later moved the funeral business to a store building on Monroe Street in 1929. In the early 1930’s, Mr. A.T. Smith, a licensed funeral director and embalmer, became a partner and the funeral home became known as Smith and Fry Funeral Home. Due to differences of opinion, Mr. Smith left and Mr. L. T. Clark, who was a licensed funeral director and embalmer, took his place in the mid 1930’s and the business became Clark and Fry Funeral Home. In 1937 Mr. Fry’s son, Mr. R. G. Fry, Jr., graduated from Gupton-Jones Embalming School and joined the firm. On October 12, 1941, the building containing Sheriff Fry’s funeral business and several other businesses burned to the ground. After the fire, the Fry’s bought out Mr. Clark and started a new building on McNeill Street for the business. In mid 1942, the new building was occupied and named R. G. Fry and Son Funeral Home. Mr. R. G. Fry, Sr. died in 1945 leaving the business to his son.

June 1, 1957 brought another change to R. G. Fry and Son Funeral Home as the business was sold to Mr. T. T. “Tommy” Prickett, a licensed funeral director and embalmer, and the name was changed to Fry and Prickett Funeral Home. Mr. Fry’s last, and Mr. Prickett’s first funeral, was considered ironic in that it was the service of Mrs. Alice Watson, a daughter of the late J. V. Larkin who was the first undertaker of Carthage. After managing the business for several years, Mr. Prickett realized a need for larger and more modern facilities. In 1970 the purchase of the old Muse home place was completed and remodeling and restoration was started. Fourteen months later on April 18, 1971, the Fry and Prickett Funeral Home was moved to the present location on the corner of Rockingham and Saunders Streets and contained four times the total square footage of the former building on McNeill Street.

With the renovated “Victorian” era home and antique furnishings, Fry and Prickett Funeral Home, Inc. continues the tradition of being “Committed to the families in our Community”.

Our family has always used Fry & Prickett because they are always professional and care about every family and service as if it was their loved one. Robert is the most caring and loving funeral director that you will ever find. He treats every family with respect and love, all of the staff is great, but Robert really stands out. The care and love they showed our family during this time was outstanding. I would like to thank each and every one of the staff members at Fry & Prickett for any prat that you had in my father’s service. You guys have always made it easier for families to be able to start the grieving process because of your love and care for the families. Thank you! 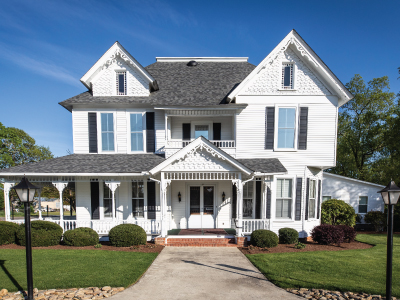 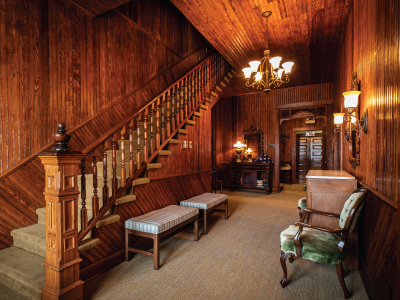 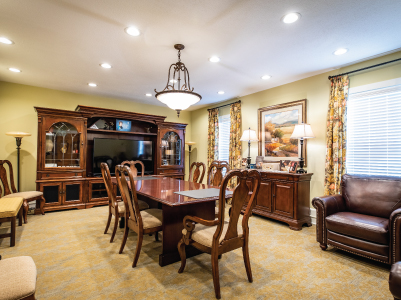 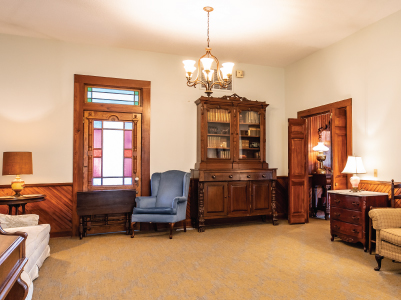