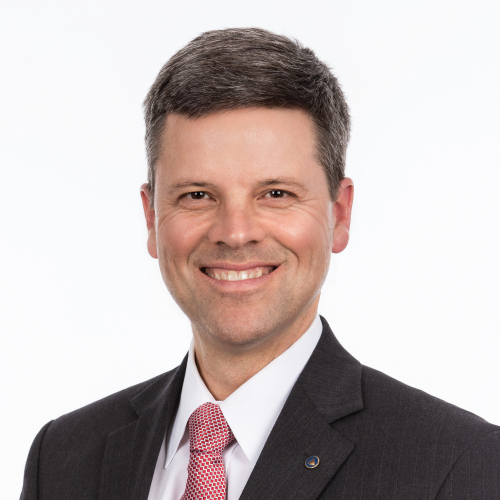 Robert moved to Carthage in 1990 and began working with Tommy Prickett. Over the years he has developed a great love for the people of Moore County and a deep passion for funeral services. In 2000 Fry & Prickett Funeral Home incorporated and Robert became an owner alongside Tommy and together they had a wonderful working relationship for over 28 years. After Tommy’s death in 2017 Robert became sole owner of Fry & Prickett Funeral Home, Inc.

He is married to his wife Kerry and they have three adult children. Robert is a devout Seventh-day Adventist and is a volunteer lay pastor. He is a proud member of ASI, a faith-based association dedicated to “Sharing Christ in the Marketplace.”

He has served as past Assistant District Governor of Rotary District 7690, past President of the Rotary Club of Carthage and is a past board member of the Moore County Chamber of Commerce. Robert has also served on the advisory board of the Green Burial Council as well as the NC Funeral Directors Association. He is past Board Chair of Selected Independent Funeral Homes, an association of the top-ranked funeral homes in the world.

He is also a recipient of the Citizen of the Year award given by the Rotary Club of Carthage, a graduate from the Selected Independent Funeral Homes Leadership Academy and is a certified public speaker and life coach with the John Maxwell Team.

Some of Robert’s hobbies include, skiing, surf fishing, reading and bagpiping.

Randy Hussey joined the staff in 2010 after many years of part-time work with Kennedy Funeral Home.  He is retired from the North Carolina Department of Correction. He is a graduate of the Certified Public Manager and Correctional Leadership Development Programs.  Randy graduated from Appalachian State University and Fayetteville Technical Community College. In 2009, Randy was awarded the Order of The Long Leaf Pine for his dedication and service to the State of North Carolina and his community. He was licensed as a Funeral Director in 2013.

Randy is married to Tina, they have two daughters and five grandchildren.  He is a member of Smyrna United Methodist Church and serves as the Fairway District Co-Director of Lay Servant Ministries. As a member of the Robbins Area Christian Ministry Board, he serves as Vice Chair.  He enjoys family, church activities, golf and farming. 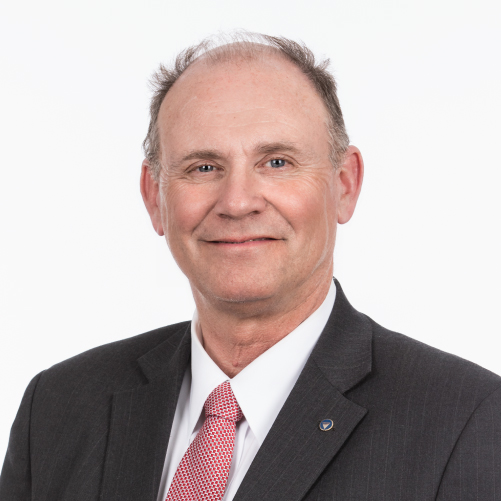 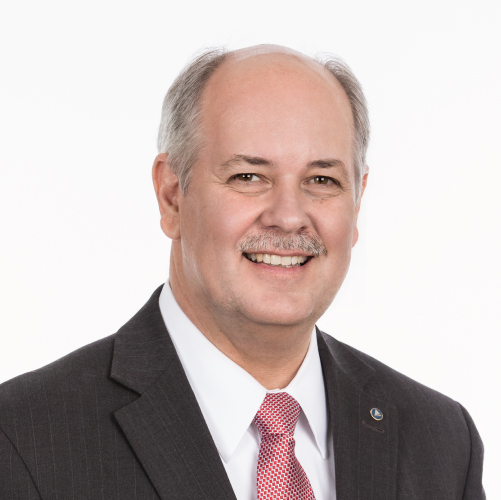 Danny worked with Kennedy Funeral Home for many years as a part time assistant and as an apprentice. After many years of dedicated work Danny earned his Funeral Directors license in the spring of 2015.

Danny is also a farmer and potter. He and his wife Leanna own and operate Hickory Hill Pottery. They have three children and are active members of Needham’s Grove Baptist Church. 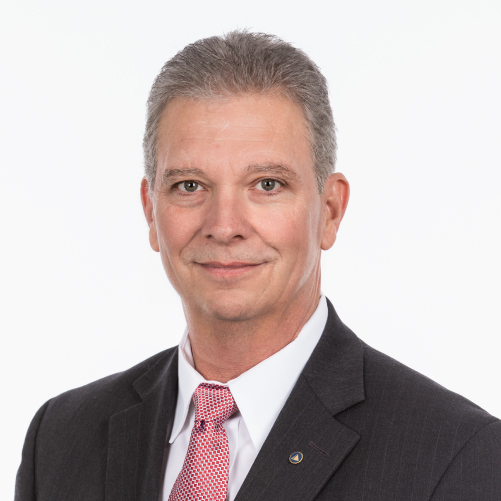 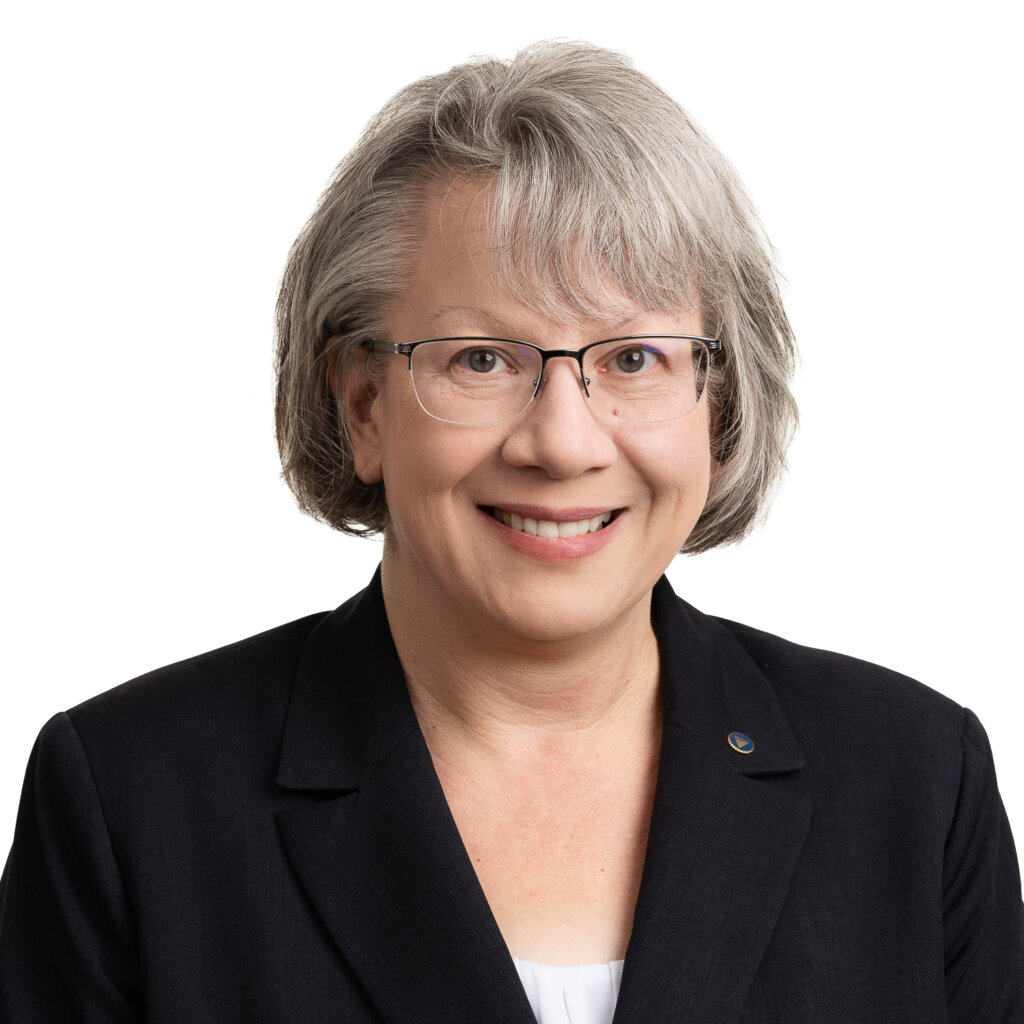 Christina “Christy” Elliott began her journey in funeral service in 2011, attending mortuary school in Central New York. After working as a funeral director in Pennsylvania, Christy made her home in Southern Pines, NC in June 2021.

Christy enjoys the beauty of our local parks and loves to go antiquing. Outside of work, she is a member of Sandhills Alliance Church in Aberdeen, NC, the Rotary Club of Southern Pines and the Southern Pines Business Association.

Ashlee has lived in the Whispering Pines area all her life. She attended Union Pines High School and graduated in 2016. Growing up, Ashlee was involved in competitive dance, cheerleading and also enjoyed competing in pageants.

Ashlee graduated from Fayetteville Technical Community College with an Associates Degree in Funeral Service Education. She has been interested in Funeral Service since her first year of high school and began working with PinesFunerals in October of 2019.

Ashlee is a member of Pleasant Hill Baptist Church where she enjoys helping with children’s church and being a part of the kitchen crew during VBS. In her free time she enjoys spending time with her friends and family, shopping, being by the water, and watching the Hallmark channel. 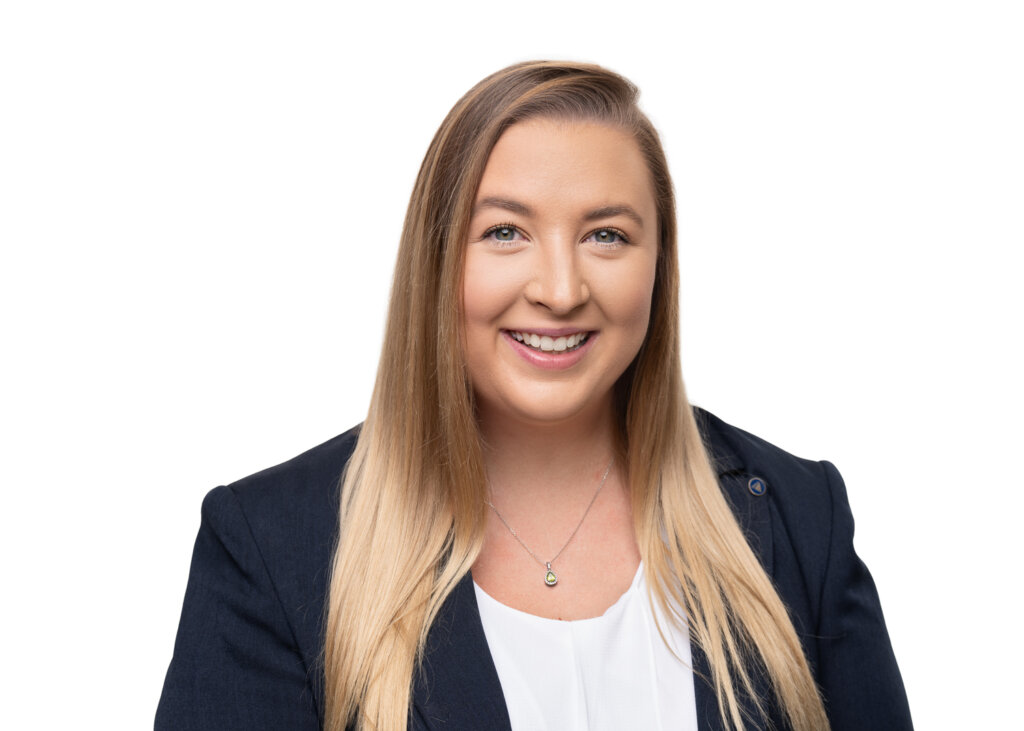 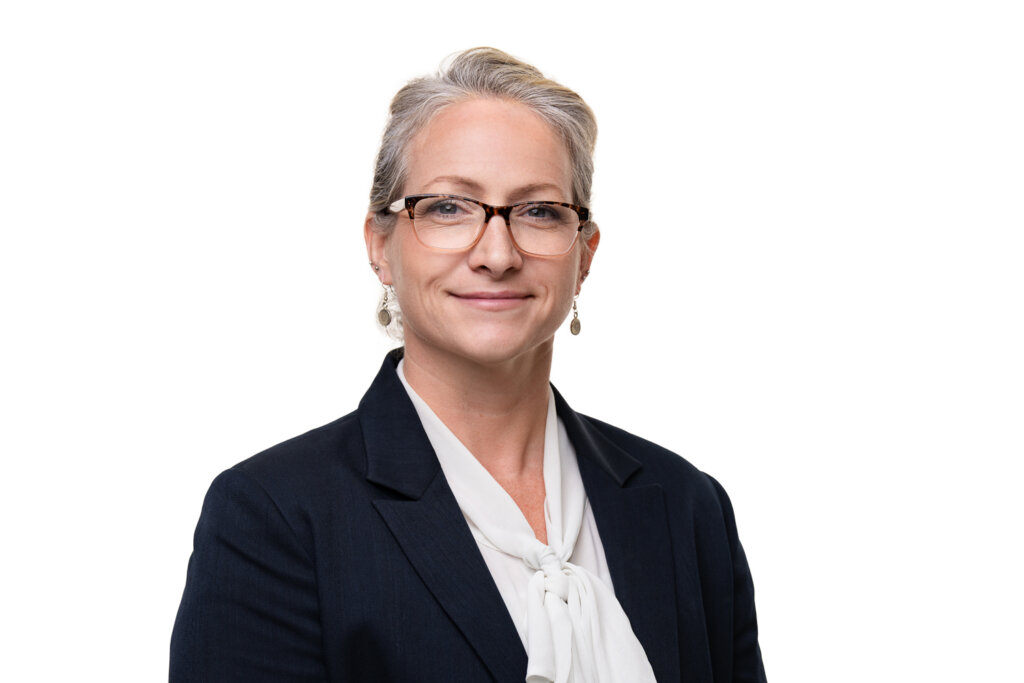 Alisha Gilliland moved to Carthage in 2015. She is currently a licensed crematory operator and completing her apprenticeship in funeral service.

She is a woman of faith and loves the Lord deeply. She is married with three children and attends New Covenant Fellowship Church in Carthage.

She served in the Navy for eight years and has since obtained a Master’s in Christian Ministry and Healthcare Management. Currently, God has called her to funeral service and is working to obtain a degree in Funeral Service Education at FTCC in Fayetteville. 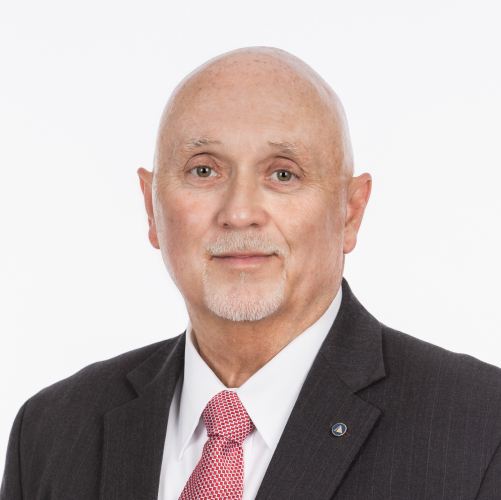 Alex is a Moore County native and lives in the Lobelia area. He served our community for over 31 years in law enforcement where he retired from Moore County Sheriff’s Department as Captain in 2013. He is well versed in most all areas of funeral service and enjoys serving the families of Moore County. When not working Alex enjoy fishing at the coast, camping with his wife Lisa and spending time with the soon to be six grandchildren.

Billy is a lifelong resident of Moore County. Growing up in Pinebluff, he moved to Carthage after high school. He is married to his wife Brenda and they have two children and several grandchildren. Billy retired from the NC Department of Transportation as a heavy equipment operator. He is a member of Priest Hill Presbyterian Church and is always willing to help someone in need. 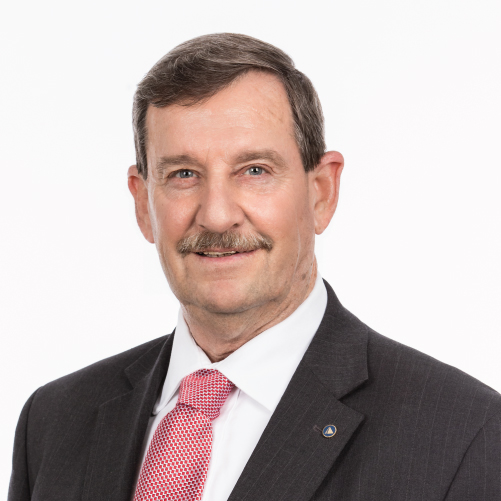 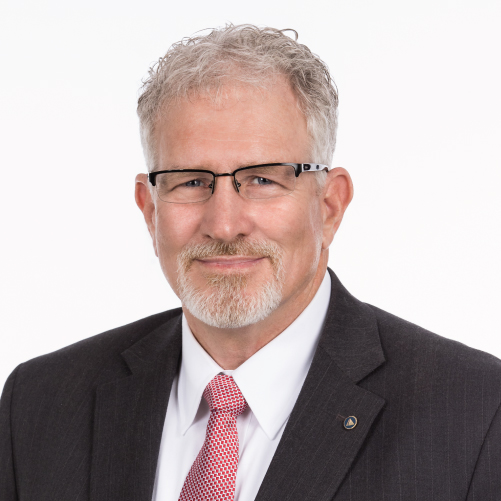 Charlie is a North Carolina native and recently join the staff of Pines Funerals in 2015.  He and his wife Carrie live in Vass and attend First Baptist Vass. Charlie enjoys meeting new friends and is an inspiration to many.

Lilly is the daughter of Robert and Kerry Nunnaley.

She graduated high school in 2021 and is currently a business student at Southern Adventist University outside Chattanooga, Tennessee.

When she is in town, she helps out at the funeral home. When she isn’t busy with school and work, she enjoys music and being outdoors. 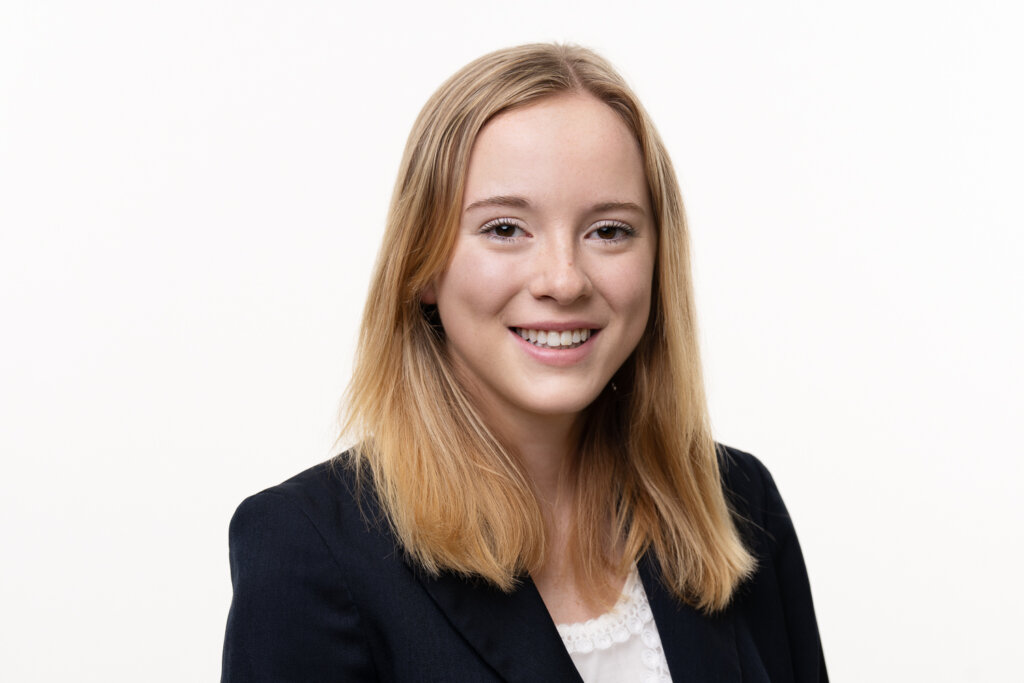 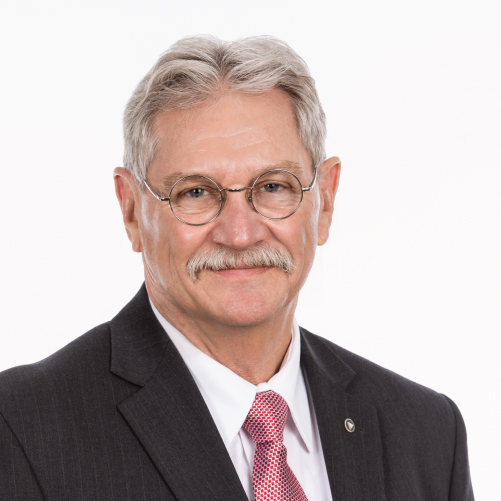 Marshall worked for many years in the automobile industry. He is a lifelong resident of Moore County and an active member of Fairview Baptist Church. He and his wife Linda have two grown daughters and two grandchildren.

Marshall is an agent for Chatham Monument Company and helps families with their monument needs.

Max Williams began working in 1999 after retiring from Ingersoll Rand. He is the associate pastor of Trinity Bible Church in Carthage. Max was born in Moore County and lives in the Hillcrest Community of Carthage. He and his wife have six children and many grandchildren. Max enjoys fishing, gardening and playing music. 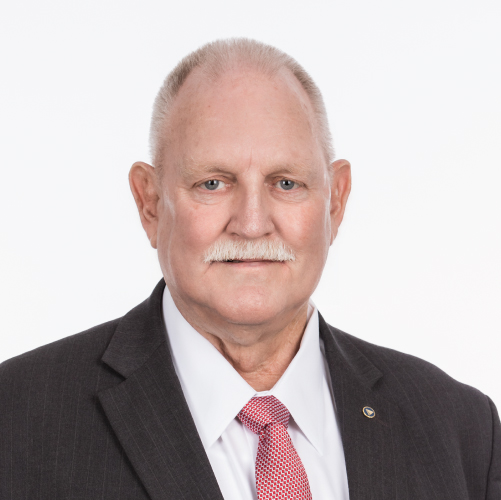 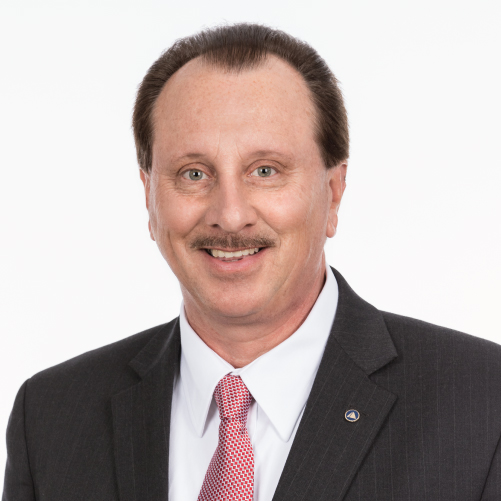 Mike is a long time resident of Moore County.  He graduated from Central Piedmont Community College in Charlotte, NC with a degree in Diesel and Automotive Technology.  He was an employee with the Department of Transportation and worked as a Diesel Mechanic for approximately twelve years. He retired as the Division Eight Equipment Superintendent with thirty years and nine months of service.  Mike joined the staff of Pines Funerals in December of 2016.

Mike is married to Patsy and has two daughters and four grandchildren.  He is a member of Smyrna United Methodist Church and serves in several different capacities. Mike enjoys meeting new people, spending time with his family, playing guitar, and singing gospel music.

Otis Patterson retired from Moore County Schools as a plumbing and heating foreman and joined the staff in 2005. He is also a retired Carthage volunteer firefighter and a US Airforce Veteran.  He is originally from Jackson Springs but has lived in Carthage most of his life. He and his wife the late Leona Bullard Patterson have two children and three grandchildren. He is a member of First Presbyterian Church in Carthage. When Otis is not working you will have to find him at the beach usually fishing. 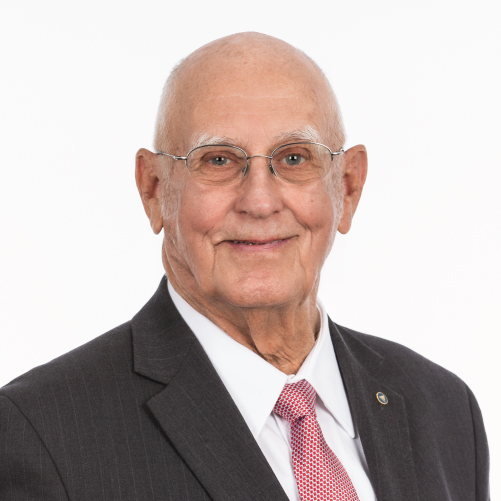 Rufus is a lifelong resident of Moore County. He worked in the textile industry for over 50 years and began working for Kennedy Funeral Home in 2000. As a longtime employee he has seen a lot of change in funeral service. He is a dedicated employee and enjoys helping the families in Robbins. Members of the community have come to expect Rufus to greet them at the front door at each visitation when they arrive. Rufus and his wife, the late Doris Feree Wallace have two daughters and two grandchildren. He is a member of Flint Hill Baptist Church. Rufus enjoys meeting people, spending time with his family, and vegetable gardening.

William Wallace joined the staff in 2005 and has been here to see many changes. He is caring and passionate about what he does and is well versed in most every facet of funeral service. He retired from the textile industry (Carthage Fabrics) after 47 ½ years as a supervisor. Also, a Moore County native he and his wife Estelle enjoy family get gatherings and an occasional trip to the beach for rest and relaxation. William and his wife are members of Acorn Ridge Baptist church and live in Robbins. 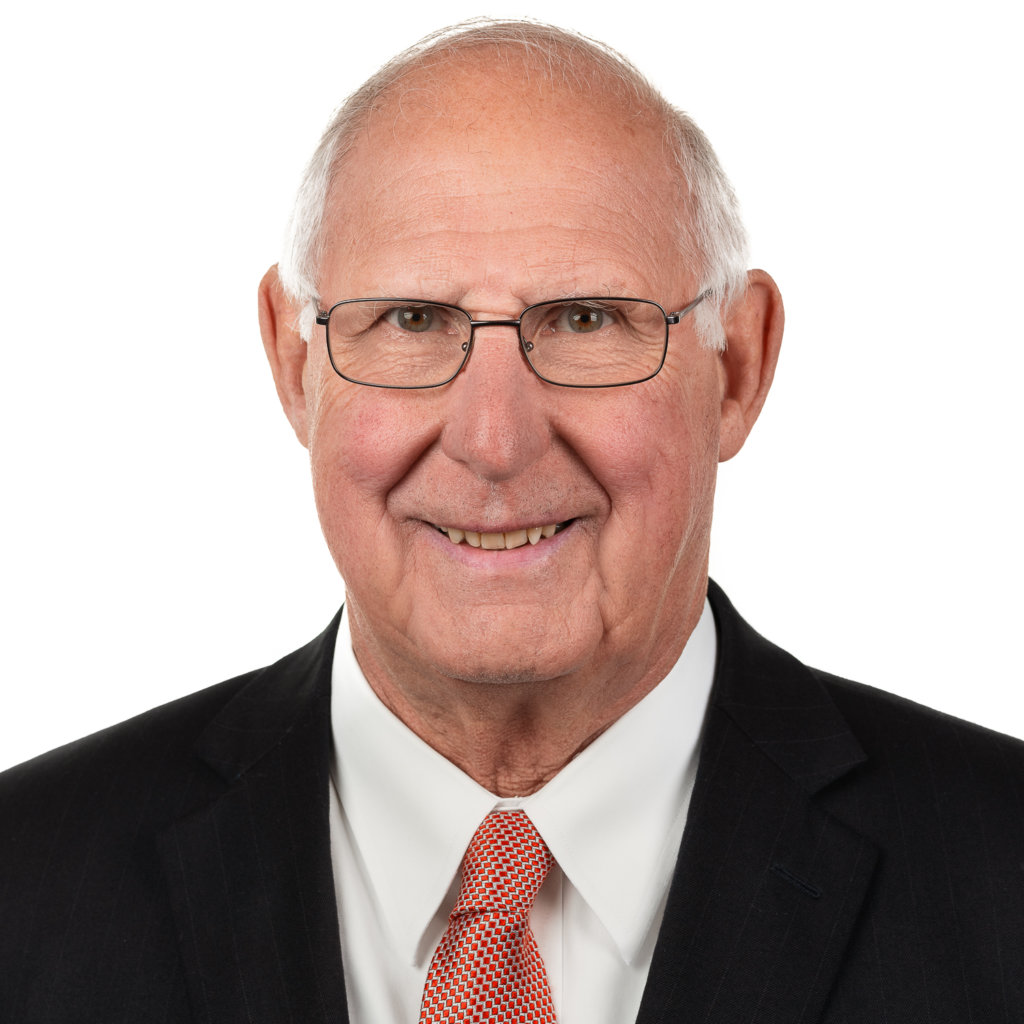 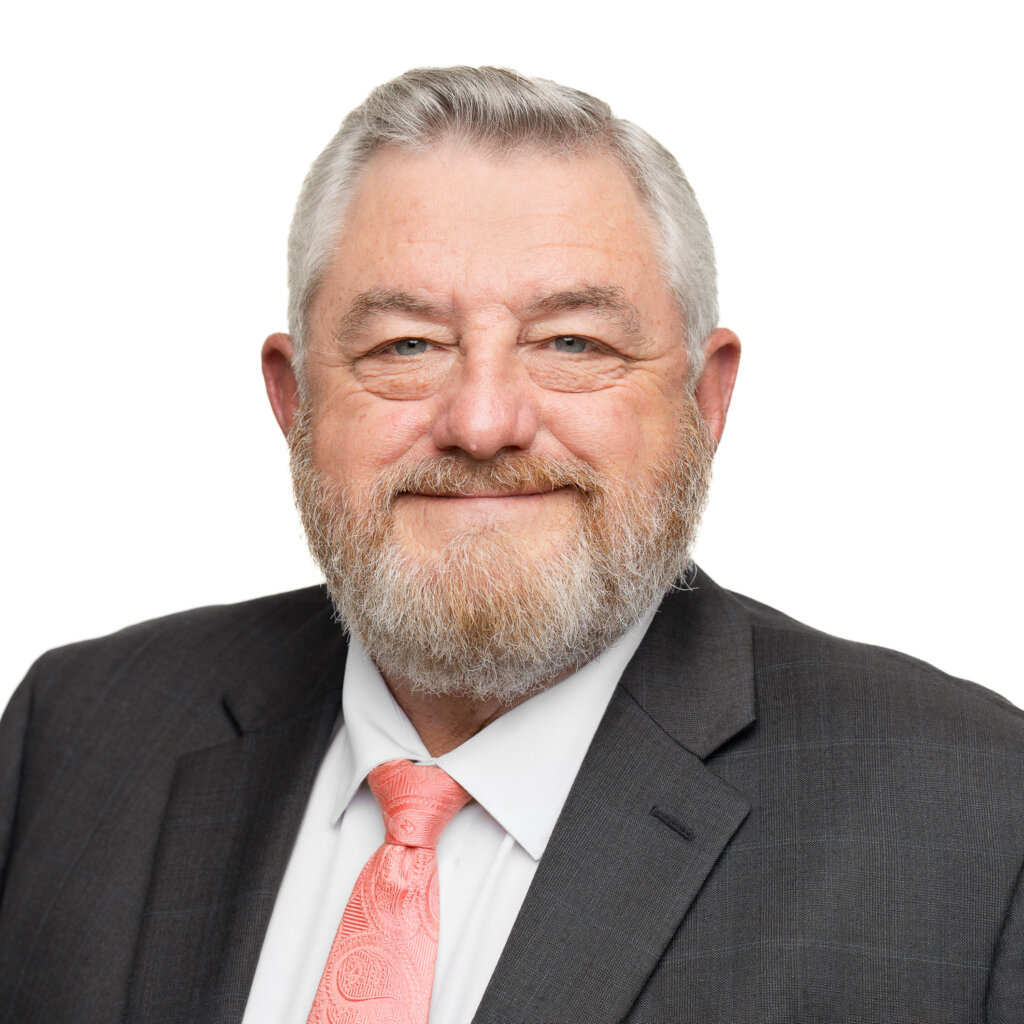 James joins the PinesFunerals team with over 40 years of ministry experience in ministry. The former Chaplain Assistant (First Health Troy) brings experience at passion from decades of assisting those in need. In his personal life, James enjoys gardening, hunting, fishing and training is beagles. He is blessed with two daughters and 4 grandchildren. 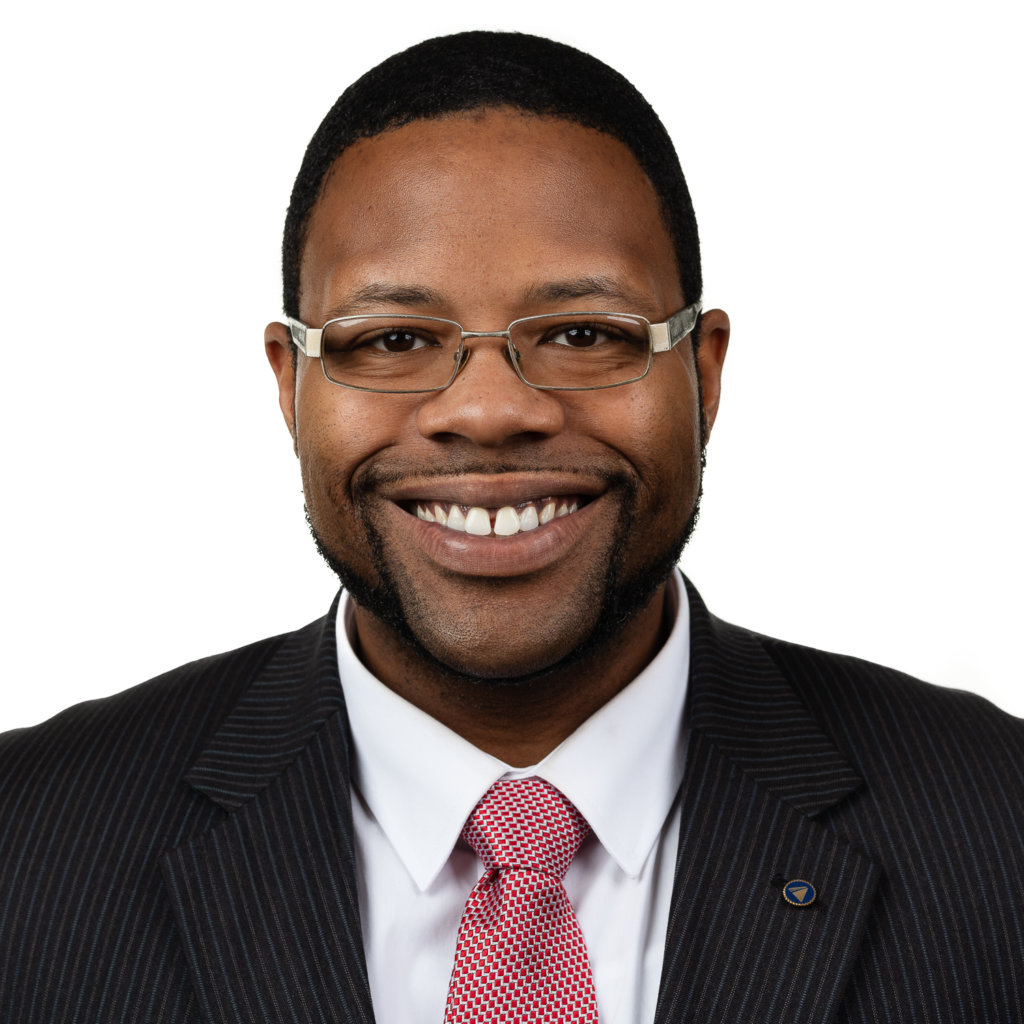 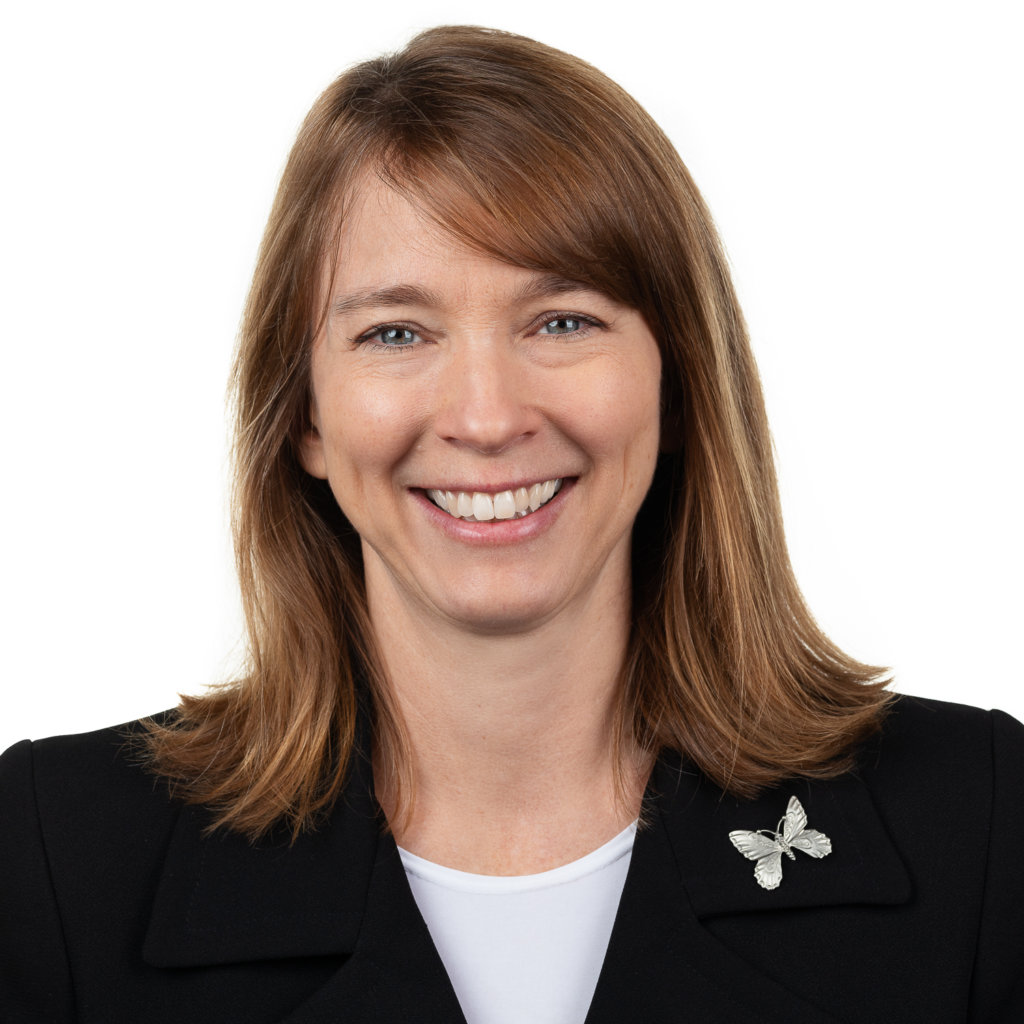 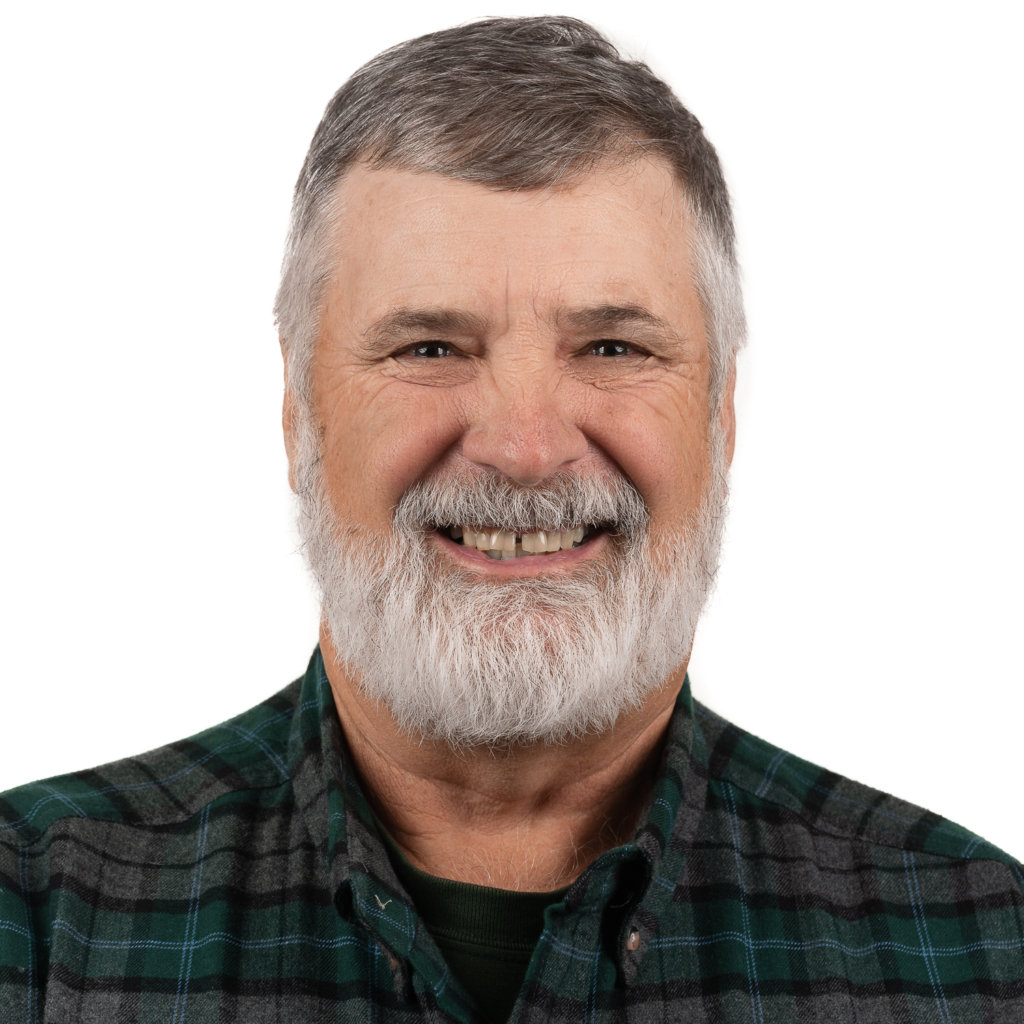 Beth has worked with Kennedy Funeral Home since the early 1980’s. She is a licensed insurance agent and also works as an office assistant. She is married and has two daughters and three grandchildren. 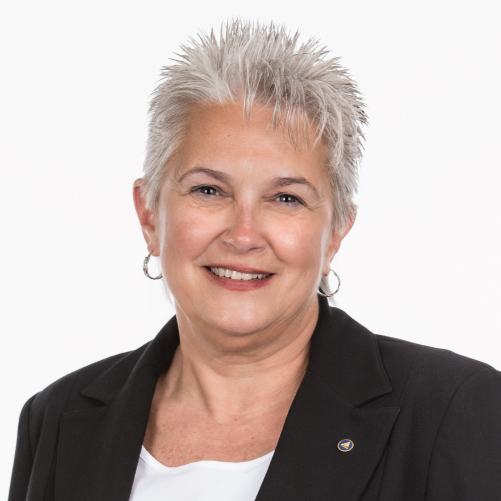 Marie serves as our office manager handling most all of the business and finance for PinesFunerals as well as the funeral management operations. She is a Moore County native, a graduate of Union Pines High School and Central Carolina Technical College.  She came to us at the right time in 2007 with 20 years of experience in lending and agricultural finance and is a NC licensed life and health Insurance agent. She is married to Dan Thomas, they have two daughters and attend Beulah Baptist Church. When not working Marie enjoys camping, gardening and spending time with her family. 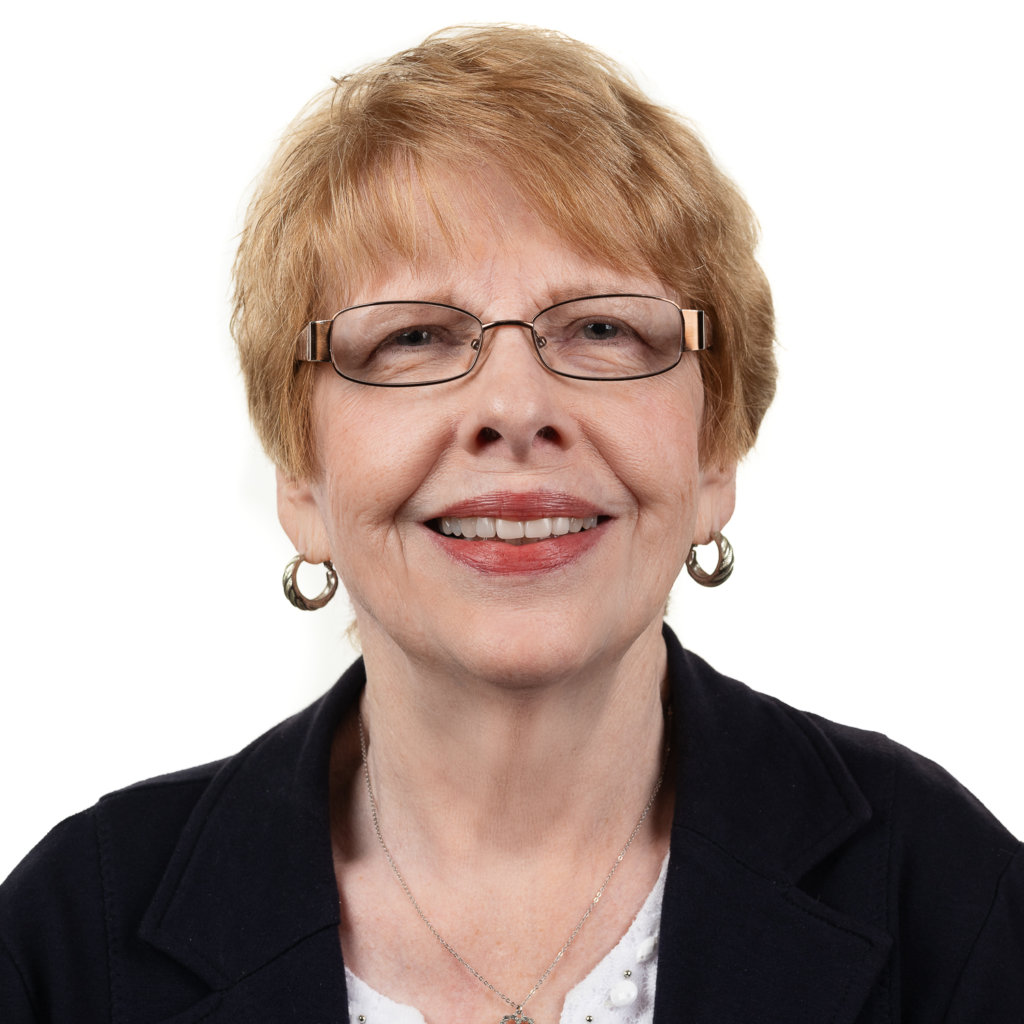 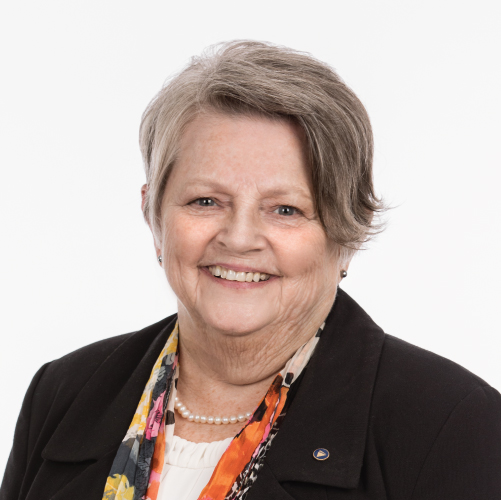 Pat has served as our aftercare director since 2010. She is passionate about her job and enjoys keeping in touch with the many families we serve through their time of grief. Pat is married to Herb Brown and they have two sons, Terry and Christopher. She is a member at First Baptist Church of Aberdeen where she has served with the youth, taught Sunday School, and other various positions. Pat is a Grief Share facilitator and is involved in many clubs in the community as well as active at the local retirement facilities..

T.T. “Tommy” Prickett, II owned Fry and Prickett Funeral Home, Inc. from 1957 when he moved to Carthage and purchased Fry and Son Funeral Home until his death on September 26, 2017. Tommy was a kind southern gentleman and always thought others more important than himself. He is truly missed by all who knew him and most every day there is someone who will share a story of Tommy and keep his memory alive. 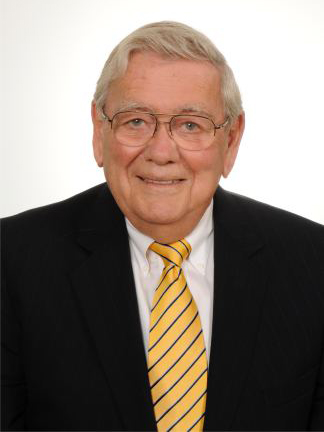 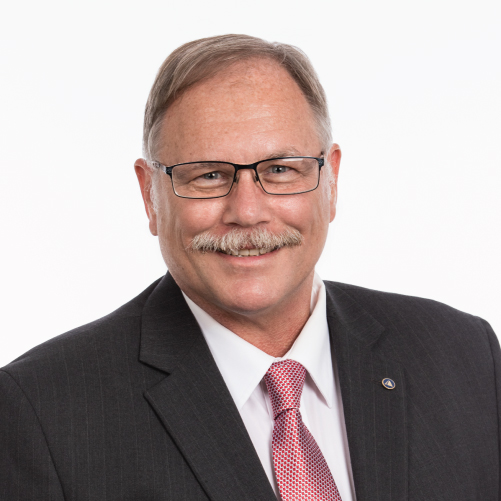 Craig began working in 2017 and quickly fell into his role as a crematory operator, manager,  and funeral assistant. He worked in funeral service early in his life but later decided to pursue other avenues where he settled in the US Coast Guard,  he spent 26 years on active duty as an HC-130 Aircrew member. The majority of his career on the west coast, Alaska and the South Pacific. He and his wife are active members of Priest Hill Presbyterian Church in Carthage. Craig has three sons and is an active Boy Scouts leader for Troop 814 out of Cameron NC.