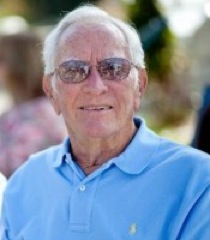 Carthage, NC
Alex T. Caddell, age 89 died Monday, (March, 12, 2012) at FirstHealth Hospice House in Pinehurst.
Funeral services will be 3:00 PM Wednesday at First Baptist Church in Carthage conducted by the Rev's. Jeff Roberts, Marshall Old and Heath Caddell. Entombment will follow with military honors in Cross Hill mausoleum.
A native Moore County he was a son of the late Willie B. and Dorothy McPherson Caddell He was a WWII veteran of the US Army. After serving our country he returned to Moore County and later opened up Alex Exxon which he and his wife owned and operated for 45 years.
Alex was very active in his church and community, serving as trustee and deacon at First Baptist Church, and as treasure for many years. He served on the town planning board where he played a vital part in the development of Carthage.
He was preceded in death by: sisters Nina Wicker, Willie Nell Roe and Virginia Weimerskirch; brothers Grady Caddell, Daniel E. 'Buck' Caddell and Thomas Caddell.
He is survived by: his wife of 69 years Virginia Patterson Caddell; daughter Carol Old and husband Marshall of Elon; sons Larry Caddell and wife Lisa of Carthage, Andy Caddell and wife Sylvia of Cameron; adopted daughter Elizabeth Howard; sister Dorothy Moss and husband Jay of Carthage; nine grandchildren and 10 great-grandchildren.
The family will receive friends Tuesday fro 6:00 -8:00 PM at First Baptist fellowship hall and other times at the residence.
Memorial may be made to First Baptist Church, P.O. Box 824, Carthage, NC 28327.
Fry and Prickett Funeral Home is serving the Caddell Family.
Condolences. PinesFunerals.com