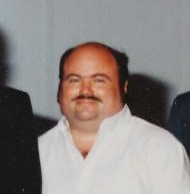 Ricky was a native of Moore County and a graduate of North Moore High School.  Ricky was a loving son, brother, uncle and friend.  He worked as a Automotive Technician, retiring from Nelson Tire and Automotive.   In his younger years, Ricky enjoyed trips to the mountains, especially when riding his motorcycle.  He liked watching western movies, football and NASCAR. Ricky also was a fan of a good meal at Outback.   Family was very important and anytime spent with them was special. Ricky was a son of the late Dewitt Lee Nelson and was preceded in death by brother in law: Kenneth Lambert; brothers: Dale Nelson, Dewitt Nelson, Jr.