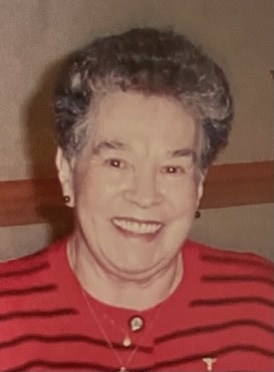 Amanda Ullmann, age 88, passed away at home peacefully on Thursday, December 23, 2021 surrounded by her family.

A native of  Bogota, Colombia, South America,  she was the last surviving child born to the late Daniel Rodriguez and Laura Isaza. Amanda moved to the United States in 1978 settling in Lincoln, Nebraska where she lived until November of 2021 when she moved to Seven Lakes to live with her daughter.

In addition to her parents, Amanda is preceded in death by her husband, Carlos Rodriguez; sisters Orfa Guevara and Irma Rodriguez; brothers Nolasco Rodriguez, Armando Rodriguez.

A visitation will be held in Amanda’s honor on Monday, December 27, 2021 from 5-7 pm at Fry & Prickett Funeral Home in Carthage. A service will take place on Tuesday, December 28, at 1:30 pm in the mausoleum chapel of Pinelawn Memorial Park in Southern Pines officiated by Father John Kane.