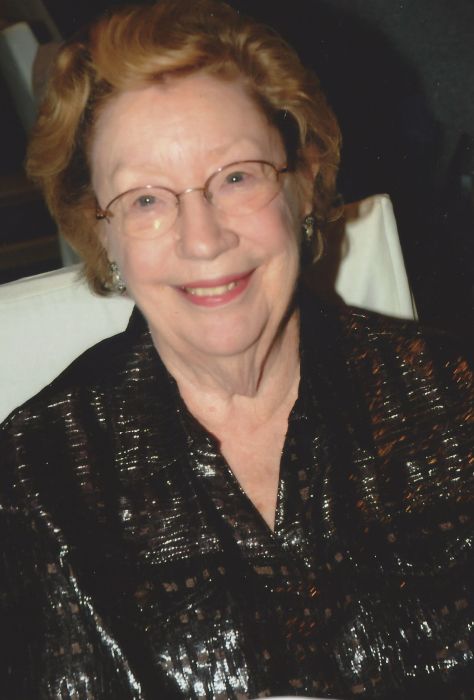 Anne Marie Stewart Raymond, 82, of Atlanta, passed away May 1, 2018, following a brief
illness. Anne was born at home in Moultrie, Georgia, January 17, 1936, to Della Davis
Stewart and John Gordon Stewart. As a child, Anne lived in LaGrange, GA, Dothan, AL
and graduated from Miller High School in Macon. She received a full tuition scholarship to
Wesleyan College, graduating in 1958 as a proud member of the Class of Purple Knights.
Following her graduation with a degree in journalism and English, Anne went to work for
The Macon Telegraph as a reporter and feature writer. She worked with Blythe McKay and
Susan Myrick, two veteran female journalists, who were mentors and friends. As an intern
at The Telegraph, Anne met the love of her life, John Francis Raymond, a reporter and
editorial cartoonist for the newspaper. They married August 31, 1958. The couple moved
to Atlanta in 1965, when John was hired at the Atlanta Journal, where he was a copyreader,
columnist (“That’s Life”), and book review editor. Anne began work as a public relations
specialist at the Georgia Department of Education in 1965. For more than 25 years, Anne
served as the Director of Information and Publications for the Georgia Department of
Education, where she worked for three State School Superintendents whom she admired
and respected, Dr. Jack Nix, Dr. Charles McDaniel, and Dr. Werner Rogers. She worked
closely with education leaders on major initiatives like the Quality Basic Education Act, the
implementation of statewide Kindergarten and Governor Miller’s lottery for education
initiatives. Among her many accomplishments in public education are the establishment of
the recognition of excellence in education programs Georgia Teacher of the Year and the
Georgia Schools of Excellence. She also was instrumental in the formation of the Georgia
School Public Relations Association, which exists to promote and support public education
in the state. The GSPRA outstanding service award is named for her. Anne retired from
the Department of Education in 1995. Anne and John loved art, literature, music,
entertaining (often with Anne singing and John playing classical guitar), sailing Lake Lanier
on their boat, “Wotthehell.” Anne's many and varied passions included gardening and all
things related to plants and flowers, needlework, volunteer work with the Quota Club of
Northside Atlanta, her Joy II Sunday school class at Briarlake Baptist Church, spoiling many
rescue cats over the years, reading, as well as, shopping to fill shoe boxes for children
through Samaritan’s Purse and, especially, spending time with friends. Anne was preceded
in death by parents, Della and Gordon Stewart, husband John F. Raymond, brother William
(Bill) Stewart, sister-in-law Mildred Stewart, nephew Derek Stewart and sister-in-law
Barbara Raymond. She is survived by her brother-in-law William A. (Bill) Raymond of
Ridley Park, PA, nephew Jack Raymond and his wife, Michelle, of Chadds Ford, PA, and
their four children; cousin Dr. John Jefferson Davis and his wife, Robin, of Hamilton, MA,
and their five children. Anne always thought herself fortunate to have many friends and
former colleagues whom she treasured as family; they will miss her kind and gentle spirit.
There will be a memorial service in Atlanta Saturday, May 19 at 1 p.m. at Briarlake Baptist
Church chapel, followed by a private burial in Southern Pines, NC.
Contributions in Anne's memory may be made to Wesleyan College, Carnes Lecture