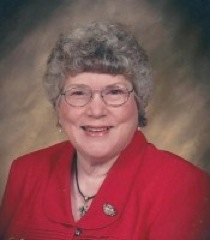 Annie Margaret Matthews Clark, 73, died Tuesday June 18th, 2013 at FirstHealth of the Carolinas in Pinehurst.
Funeral services will be held at 3:00 p.m. on Friday, June 21st at Ives Memorial Baptist Church with Rev. Jeffrey Foutch officiating. Burial will follow in Pinebluff Cemetery.
The family will receive friends from 1:00 to 3:00 p.m. on Friday at the church.
Born May 28, 1940 she was a daughter of the late Curtis and Laura Green Matthews.
Mrs. Clark was employed at Sprint Telephone Company for 30 years and was a member of Ives Memorial Baptist Church.
She is survived by one daughter, Teresa Manning of Pinebluff, two sons, Kelvin Wesley Clark and Aaron Howard Clark both of Pinebluff, two sisters, Evelyn Matthews of Aberdeen and Olivia (Judy) Foutch of Durham, two brothers, Martin Dow Matthews of Wilmington and Jerry Matthews of Fayetteville, five grandchildren and two great grandchildren.
The family will be receiving friends from 6 to 8 p.m. on Thursday at Powell Funeral Home in Southern Pines.
Memorials may be made to Ives Memorial Baptist Church, 365 E. Philadelphia Ave., Pinebluff, NC 28373