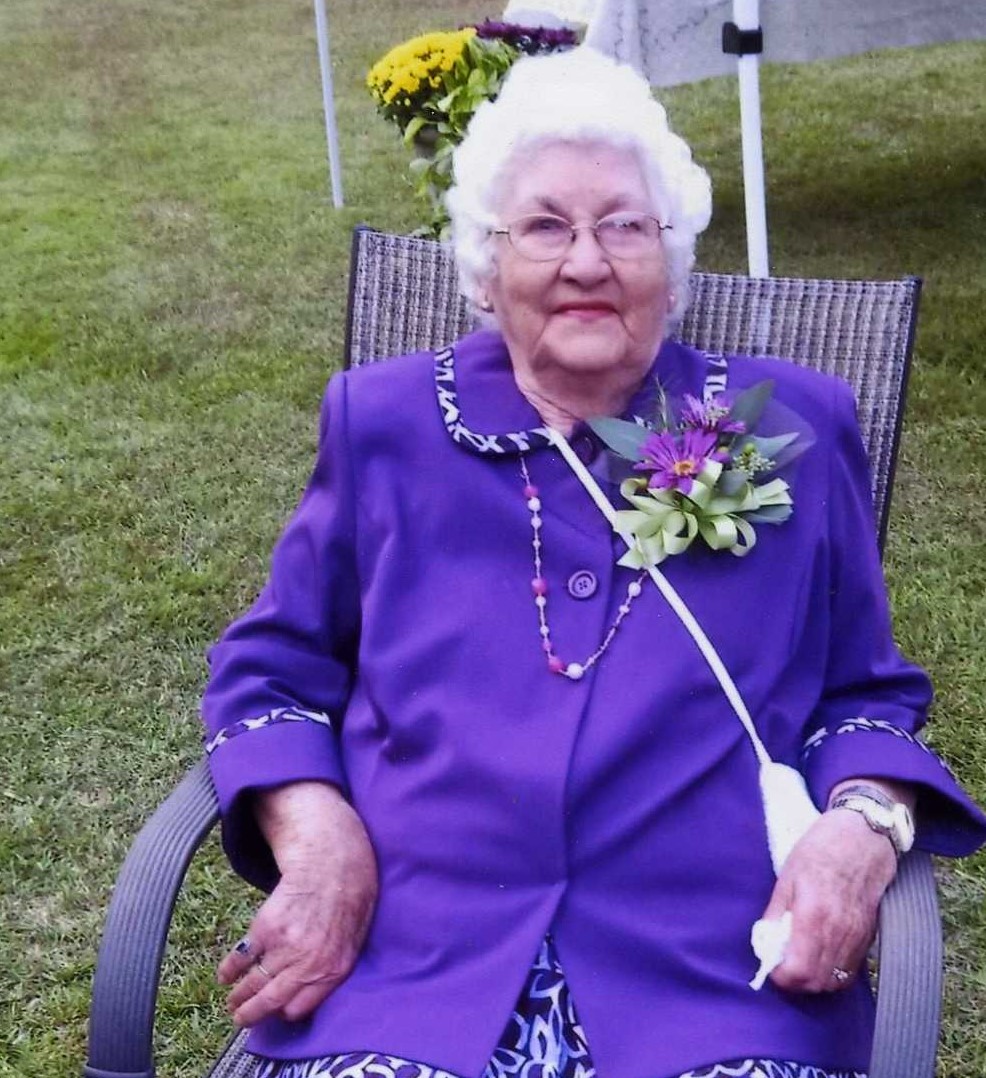 Mrs. Wallace was a native of Moore County born December 7, 1922 to the late Hobart and Kate Garner Maness. She was also the last surviving grandchild of the late “Good Lewis Maness”  She worked in the textile Industry for over 40 years starting in Carthage, then Star and Robbins. She enjoyed her work, her family, traveling and attending church as long as she was able to do so.   She was a member of Tabernacle United Methodist Church. She enjoyed bluegrass music and evenings spent at Clyde’s Music Barn.  Mrs. Wallace was preceded in death by husband: Claude C. Wallace, Sr.; sons: Fred E. Wallace, Claude Wallace, Jr.; sister: Mabel and her husband Harvey Coulter; daughters in law: Nancy Wallace, Diane Wallace.

Graveside Service will be 2:00 PM, Monday, November 16, 2020 at Pine Rest Cemetery, with Pastor Chad Morris officiating.  The body will lie in state at Kennedy Funeral Home on Sunday, November 15, 2020 from 2:00 PM to 5:00 PM and Monday, prior to the service. Please follow suggested COVID guidelines.

The family would like to thank all the staff at Pinelake for the care provided to their mother and grandmother.

Kennedy Funeral Home is honored to serve the Wallace Family.