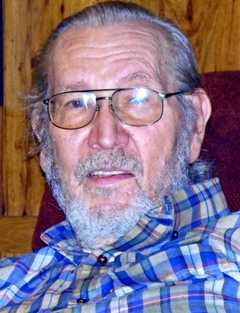 Barry B. Brenneman passed away Feb. 6 2015 in his home at the age of 78.  He was a long time resident of West End and worked for Clark Chevrolet Cadillac in Pinehurst before retiring. Before moving here he lived in Malvern Pa and worked for General Sales Cadillac and Oldsmobile in West Chester PA. He was born April 15, 1936 in Manchester, PA to Harry Brenneman and Sadie Hartman Brenneman. He will be laid to rest at the Manchester Union Cemetery, PA 11:00 AM Thursday, Feb. 12, 2015. Barry was a father, grandfather, great grandfather, and a brother, he will be missed by many.  He is survived by: his children Laura Gaylin of West End, Michele Marra of Valencia CA, Dawne Anderson of Raeford,  Lisa Furr of Vass, Debbie Powell of Carthage, David Brenneman of Charlotte, and Frank Brenneman of Seattle WA; one surviving sister Mary Harrington of Pinehurst; 18 grandchildren and 7 great grandchildren. He served in the Air Force during the Korean and Vietnam War, he will be buried with Military Honors. Come and celebrate his life with us. The family will receive friends at Powell Funeral Home in Southern Pines from 6:00-8:00 pm Tuesday Feb 10. In lieu of flowers memorial contributions can be made to the FirstHealth Hospice Foundation, 150 Applecross Road, Pinehurst, NC 28374. Online Condolences: PinesFunerals.com