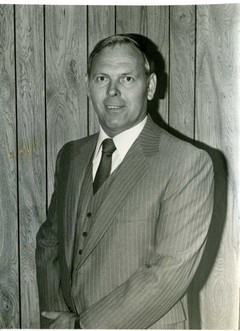 Bertis Gene Eden passed away at home in Robbins, North Carolina on June 24, 2017, at the age of 76. Bert is preceded in death by his mother, Florence Wilcox and his father, Bertis Eden. Bert Eden is survived by the mother of his children, Brenda Peake of Rock Hill, South Carolina. Bert is lovingly remembered by his daughters, Kimberly Eden of Jackson Springs and Christina Eden Williams and her husband Spencer Williams of Robbins, North Carolina. He has four grandchildren; Ashley Giles (and her significant other Scott Baylor),  Brianna Giles. and Cierra Daniel, all of Robbins, North Carolina; Brent Eden of Jackson Springs, North Carolina and one great-granddaughter,  Teegan Baylor and great-grandson Nathaniel Baylor of Robbins, North Carolina. Bert was born in Martin, Kentucky on April 4th of 1941. He graduated from high school and joined the military where he went on to earn a Bachelor Degree in Business.  He had been stationed in Massachusetts, West Virginia, Michigan, Virginia, South Carolina, and he had a tour of duty in Vietnam and 3 tours of duty in Germany. He retired August of 1980 at Fort Jackson, South Carolina after 21 years of dedicated service. During his years of service he earned the National Defense Service Medal; Army Commendation Medal; Vietnam Service Medal; ‘4’ Bronze Service Stars; Vietnam Cross of Gallantry with Palm; Meritorious Service Medal; Meritorious Unit Commendation; Good Conduct Medal (7 th Award); and an Air Medal. Bert became a Mason while stationed in Michigan. After retiring from the military as a Sergeant Major, he went on to work as a Claims Adjuster; later opening his own business, Cardinal Claims Service. Mr. Eden operated his business for several years in Texas and later in North Carolina. During his lifetime, Mr. Eden lived in multiple states and enjoyed visiting local sites. Bert enjoyed watching NASCAR & wrestling; going boating and fishing, camping in his motor home and vacationing with his family in Myrtle Beach. He loved dogs, especially his two Shih Tzu’s Mikey and Cindy. Services will be held at Kennedy Funeral Home on Wednesday, June 28, 2017 at 5 pm with visitation following services. The service will be conducted by The Reverend Junior McPherson, of Ellerbe, North Carolina. The graveside service will be held the following day at Sandhills State Veterans Cemetery in Spring Lake, where Mr. Eden will be buried with full military honors.   Condolences for the family may be offered online at PinesFunerals.com.