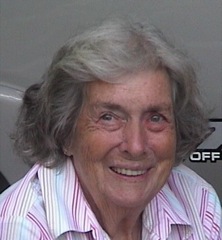 Funeral services will be 2:00 P.M. Wednesday at Carthage United Methodist Church conducted by The Rev. Chuck Plowman. Burial will follow at Cross Hill Cemetery in Carthage.

A native of Akron, Ohio she was a daughter of the late Dwight Lehman and Mae Hill Lehman. She served in the US Marine Corps during World War II. She was preceded in death by her husband Glen Heuser.

The family will receive friends at Carthage United Methodist Church one hour prior to the service.

Condolences may be made at: www.fryandprickett.com