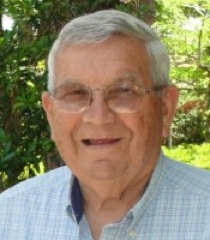 Bobby Lee Lassiter, age 79 of Vass died Tuesday (August 7, 2012) at the FirstHealth Hospice House in Pinehurst.
Funeral services 11:00 AM Friday at Vass United Methodist Church of which he was an active member. The Rev. Dr. Phil Brown will officiate. Burial will follow in Johnson Grove Cemetery.
A native of Moore County he was a son of the late Harold and Beulah Kimball Lassiter and was a U.S. Army Veteran where he served in Germany. He retired as a Coin Telephone Supervisor with Sprint Telephone Company, volunteered countless hours with Meals on Wheels and served on the board of directors with The Department of Aging. He was preceded in death by: his son Jeffery Lassiter and a brother Johnny Lassiter.
He is survived by: his wife Marintha Smith Lassiter; daughter Julie Terry and husband Calvin of Vass; son Joseph Lassiter and wife Jonice of Aberdeen; daughter in law Susan Lassiter of Vass; brother Wilford Lassiter of Vass; sisters Lucille Coore of Vass and Diane Hutchinson of Ft. Mill, SC; grandchildren Calvin Terry, Jr., Ryan Lassiter, Amy Spurlock and husband Kenneth, Anna Hoyle and Emma Lassiter; great grandchildren Abner and Ezra Spurlock.
The family will receive friends at Fry and Prickett Funeral Home Thursday from 6:00 - 8:00 PM and other times at the residence.
Memorials may be made to: Vass United Methodist Church memorial fund, P.O. Box 628, Vass, NC 28394.
Condolences: PinesFunerals.com