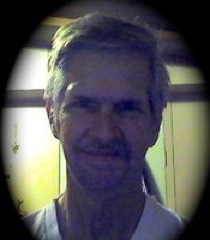 Durham, NC
Brian L. Quilty age 60 died on Friday, July 29, 2011 at the VA Hospital in Durham.
A native of Quebec, Canada he was a US Army Veteran during the Vietnam war. He moved to the Triangle area 15 years ago with Nortel. Later he started his own business, Desktop Data Doctor where he worked as a computer consultant.
He is survived by a brother Mike Quilty in Plano, IL; sister Pat Cain; uncle Fred Mihulka both in Lilburn, GA, several nieces and nephews, and Adonis the wonder pup.
A memorial service will be held at 2 pm Saturday August 6, 2011 at the Pittsboro Seventh-day Adventist Church 637 West St Pittsboro, NC 27312-8821.
Memorials may be made to: Pittsboro Seventh-day Adventist Church P O Box 339 Pittsboro, NC 27312-8821 Attention:Quilty Memorial or for other memorials call Dave Young (919)274-8800.
Fry and Prickett Funeral Home is assisting the family.
Condolences: www.PinesFunerals.com