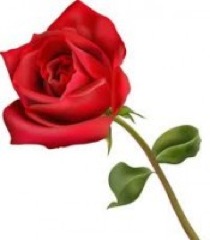 Southern Pines:
A memorial service for Caroline Barton Caughman will be held on Friday, November 11, 2011 at 1 PM at Brownson Memorial Presbyterian Church. Mrs. Caughman died on Friday, November 4, 2011 and will be interred at the graveside of her late husband, Kenneth Gladstone Caughman, Jr.
Born in Hartwell, GA on December 17, 1920, she was the daughter of the late Dr. David J. Barton and Harrie Crouch Barton. She grew up in Anderson, SC and graduated from Girls High School, where she participated in a number of extra-curricular activities, including varsity basketball.
Her father having died when Caroline was a high school senior, she forewent college pursuits for employment with Southern Bell Telephone Company to help with support of her mother, younger sisters and brother. During Would War II she went ti Miami, Fla. On special assignment with Southern Bell.
Returning to Anderson, she met and was married to Ken, a graduate of Clemson University and Air Force Veteran of 35 missions over Nazi Germany as a B-17 pilot. They were married in 1947, beginning a 51-year martial partnership that embodied their spiritual vows of 'becoming as one'. Ken's longtime career as an engineer for the DuPont Company led them to homes in many locations, including Argentina, South America.
Caroline and Ken were avid golfers, both holding low handicaps and numerous trophies. Wherever they went they were active members of the Presbyterian Church, in which Ken held the office of Deacon and both were involved with youth ministries.
In 1971 the Caughman's moved to Beaumont, Texas, where Ken became President and part owner of the Carruth Dishman Construction Company. Upon his retirement in 1984, they built their 'dream home' in Whispering Pines, NC , becoming members of the country club by that name and of Brownson Memorial Presbyterian Church of Southern Pines, NC. Caroline and Ken were dedicated supporters of Clemson athletics and academics.
Caroline is survived by sisters, Dorothy B. Hawkins of Anderson, SC, Harriet B. Littlejohn of Greenville, SC, a brother, Donald F. Barton of Columbia, SC, six nieces, and five nephews.
Memorials may be made to First Health Hospice 150 Applecross Road, Pinehurst, NC 28374 or to Brownson Memorial Presbyterian Church 330 South May Street, Southern Pines, NC 28387.
Powell Funeral Home and Crematory in Southern Pines is serving the Caughman family.
Online condolences at: www.PinesFunerals.com