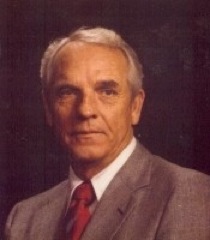 A graveside service will be at 11:00 AM Saturday January 22, 2011 at Pine Rest Cemetery in Robbins, with the Rev. Mike Weber, Rev. Clarence Garner, Rev. Perry Holleman and Rev. Al Trotter officiating. The family will receive friends immediately following the service at Tabernacle United Methodist Church Fellowship Hall.
He was born on October 11, 1923 in Robbins where he remained a life long resident. He served in the Marines Fourth Division in the Pacific during World War II. He was employed by Georgia Pacific in Asheboro and he was a 50 year member of the Elise Masonic Lodge #555. Charles was a very talented man who enjoyed making furniture and baskets.
He is survived by his wife of 63 years, Dorothy M. Monroe; a sister Eula Mae James of Robbins and a brother Thomas (Bud) Monroe of Greensboro, several nieces and nephews, and great nieces and nephews. He was preceded in death by his parents Thomas and Willie Mae Monroe and a brother Cloma Monroe.
Memorials may be made to Community Home Care and Hospice 185 W. Illinois Ave. Southern Pines, NC 28387 or Tabernacle United Methodist Church P.O. Box 395 Robbins, NC 27325 or to charity of the donors choice.
Condolences may be made to www.PinesFunerals.com
Kennedy Funeral Home is serving the Monroe family