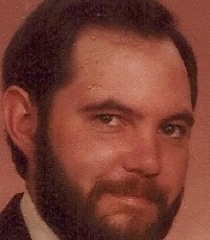 CAMERON
Charles E. Hardy, Jr. age 60, died today (6/3/2010) at Central Carolina Hospital in Sanford.
A funeral service will be held at 2:00 PM on Sunday (6/6/2010) at Emmanuel Baptist Church with Pastor Eugene Ussery, Pastor Phillip Smith and Pastor Brent Smith officiating. Burial will follow at Buffalo Cemetery in Sanford.
A native of Lee County, he was the son of the late Charles Eugene Hardy, Sr. and Hilda Smith Hardy Robinson. He was preceded in death by step-father, John Barrett.
In addition to his mother, he is survived by a daughter, Gwendolyn Brobst and husband, Bill of Lakeland, Florida; five sisters, Marcia Presley of Carthage, Iris Spivey, Beth Tidwell, Loraine Davis and Janice Hardy all of Cameron; two brothers, Allen Hardy and Doug Hardy both of Cameron; and one grand child, Shelby Brobst of Lakeland, Florida.
The family will receive friends from 6:00-8:00 PM on Saturday at Emmanuel Baptist Church.
On line condolences may be made at www.fryandprickett.com