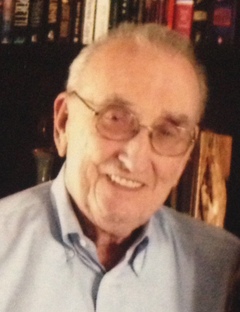 SOUTHERN PINES   Charles E. Russell, age 79, died Thursday, August 20, 2015 at FirstHealth Moore Regional Hospital.   A memorial service is planned for 3:00 pm   on Sunday  at Carthage United Methodist Church with the Rev. Mike Nelson officiating.  The family will receive friends following the service in the Sinclair House.   A native of Moore County, he was the son of the late Clyde and Ida Kidd Russell.  Charles held many records as a star baseball player at East Carolina University where he earned his bachelors and masters degrees. He earned his Ed.S degree from Appalachian State University.  He was a coach, teacher,  and principal for many years.  In addition to his parents he was preceded in death by two sisters, Lucille R. Cockman and Era R. Chilton and three brothers, Tracy Russell, J. C. Russell, and Herman Russell.   He is survived by his wife of 56 years, Marie Joyner Russell, a daughter, Shari Russell Finkler & husband, Andrew, one grandson, Walker Wilkins, of Hope Mills, and one granddaughter, Olivia Eason, of Dublin, Georgia. Additionally, Charles is survived by a host of loving nieces, nephews, and friends.   In lieu of flowers, memorials may be made to: Renovation Fund, Carthage United Methodist Church.   Fry & Prickett Funeral Home is serving the Russell family.   Online condolences may be made  at www.PinesFunerals.com