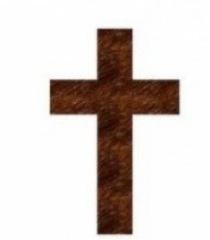 Pinehurst, NC
Cherie Welles, 58, died Saturday, December 1, 2012 at FirstHealth of the Carolinas in Pinehurst, NC.
A graveside service will be held Thursday December 6, 2012 at 12:00 noon at Bethesda Cemetery in Aberdeen NC with the Reverend John Jacobs officiating.
Born August 26, 1954 in Waukegan IL, she was the daughter of Lewis and Valarie Robinson. Mrs. Welles attended El Centro College in Dallas Tx. where she received her BA degree in Interior Design.
During her life Mrs. Welles traveled the United States, living in Montana, Texas , California and Hawaii before settling in Pinehurst where she has lived for the past 22 years.
Cherie married Douglas Welles Sr. in 1973 Winnetka IL and together they traveled many places to include New Zealand and Europe.
Mrs Welles was always active in providing assistance to others. She was a member of the CCNC Garden Club and the Moore County Republican Womens Club.
In addition to her husband Mrs. Welles is survived by her parents Lewis and Valarie Robinson of Jamesville WI. a son, Hoyt Welles of Austin TX, daughter Jane DeBow Welles of Denver CO, brother Gregory Robinson of Mundelein IL. and sister Rhonda Robinson of Jamesville WI.
Powell Funeral Home of Southern Pines is assisting the family
Online condolences: www.PinesFunerals.com