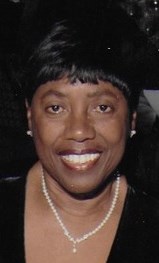 Clara Ella Leftenant Jordan was born on September 4, 1935 in Amityville, NY to the late James Sr. and Eunice Leftenant.  Clara, along with all 12 of her brothers and sisters, became a much beloved neighbor, teacher, friend by the Amityville and Long Island community where she spent most of her childhood and adult life.

Clara’s talent as a singer was evident from an early age and at the age of sixteen she began taking classical, professional voice lessons on Long Island and in Manhattan. After graduating from Amityville High School, Clara continued her pursuit of a music career and graduated from Hofstra College with a Bachelor of Arts in Music Education. Upon graduation, Clara returned to her hometown to become an elementary school music teacher in the Amityville Public Schools where she taught for over 30 years until retirement.

During Clara’s lifetime she performed on national tours as a professional singer.  Throughout her life, she sang with various choral groups: Babylon Chorale of Babylon, New York; Great Day Chorale of Brooklyn, NY; The Baltimore Community Concert Choir of Baltimore, Maryland and the Moore County Choral Society of Southern Pines, North Carolina, where she served on the Board of Directors. Many churches of many denominations were awed by her beautiful voice. Family and friends cherished her rendition of the Lord’s Prayer.  Clara was also a member of the Kiwanis Club of North Amityville, NY.

Condolences may be made online at pinesfunerals.com