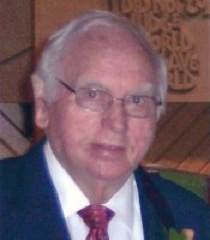 Clarence Edward Hussey, 90, of Robbins, passed away Sunday, March 17, 2013, at FirstHealth Hospice and Palliative Center in Pinehurst.
A memorial service will be held at 2 p.m. on Thursday, March 21, 2013 at Tabernacle United Methodist Church in Robbins, with a reception following.
Clarence was born on July 29, 1922 to Aggie and Levi McKinley Hussey. He was preceded in death by brothers: Clyde Hussey and Cranford Hussey.
He is survived by his loving wife of 62 years, Edith Williams Hussey, two sons: Ronald Hussey of Raleigh, Randy Hussey and wife Claire of Carthage, daughter:Lisa Brown and husband Ken of Asheboro, sister ; Daisy Dunn of Star, brother; Grady Hussey of Robbins, 4 grandchildren: Tess Farmer and husband Michael of Santa Rosa Beach, Fla., Lindsay Hussey of Raleigh, Jay Hussey of Raleigh, Patrick Brown of Chapel Hill, Laura Brown of Boone, great granddaughter: Tully Farmer, nephew, Jack Hussey and many other nieces and nephews.
Clarence's pride was his family and his front lawn. He enjoyed working in the yard and gardening as well as traveling the country with his wife and close friends in the Robbins camping group. He was a World War II veteran serving in Germany and a member of Tabernacle United Methodist Church.
In lieu of flowers, donations may be made to the FirstHealth Hospice and Palliative Center, 150 Applecross Road, Pinehurst, NC 28374.