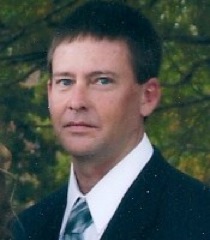 David Hoyt English 43, died Tuesday, September 3, 2013 at FirstHealth Moore Regional Hospital, surrounded by his family.
Funeral Service will be held at 2:00 PM, Saturday September 7, 2013 at Pleasant Hill United Methodist Church, with the Reverend Rand Hand officiating. Burial will follow in the church cemetery.
David was a native of Moore County. He was employed at Ingersoll-Rand, as a machinist. He loved his children dearly and cherished every moment spent with them. He was a member of Tyson Creek Baptist Church, Bear Creek, NC.
David is survived by his daughter: Holly Marie English and son Travis Ray English, of the home, parents: Johnny and Dorothy Purvis English, of Robbins, mother of his children: Angie English , sister: Patsy Wilson and husband Reggie, of Bennett.
The family will receive friends from 6 to 8 PM on Friday, September 6, 2013 at Kennedy Funeral Home and other times at the home of his parents.
Kennedy Funeral Home is assisting the English family.
Online condolences may be made at www.pinesfunerals.com