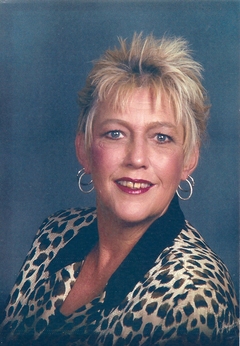 Debra “Debbie” Louise Hartsell 55, passed away Wednesday, June 14, 2017 at her home in Carthage.     Graveside services will be 11:00 am Saturday at Pine Rest Cemetery in Robbins with Ronnie Poindexter officiating.   Debbie was born in Moore County December 29, 1961, and graduated from North Moore High School. She worked in textiles for several years and later worked in various convenient stores. She had a caring spirit and loved her family.     She was preceded in death by her mother: Georgia Ritter Layne and her brother: Michael Hartsell.   Debra is survived by her father Albert Hartsell of Robbins; sister Tina Spivey and husband Tut, of Robbins.   Kennedy Funeral Home is assisting the Hartsell Family.   Online condolences may be made at www.pinesfunerals.com