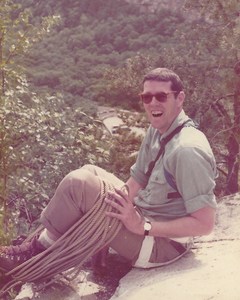 West End, NC Donald Francis Xavier Schumacher, age 79, died peacefully at his home in Seven Lakes, West End, North Carolina on March 22 nd , about a week before his 80 th birthday.  Born March 30, 1937, in Washington, DC, he served two years in the Navy as an aerial photographer before completing a degree in 1961 at Duke University and building a renowned career in scientific textbook publication and editing. Donald went on to pursue a Master’s in Business Administration from Adelphi University in 1975, allowing him to expand his career and receive multiple letters of commendation from his peers and partners in publishing.  Donald enjoyed hiking, scuba diving and bird watching in his free time. Survivors include his loving wife of 57 years, Marcia Black Schumacher.  Additional survivors include his two nieces, Georgie Hargreave Donovan and Mary Elizabeth Hargreave, as well as their children and families.  Donald has requested no services to be held in his honor, but all condolences and well wishes are honored by his surviving family.  Memorial contributions are welcome and should be directed to the Alzheimer’s Association, at alz.org or 225 N. Michigan Ave., Fl. 17, Chicago, IL 60601. Powell Funeral Home and Crematory of Southern Pines, NC is assisting the family Online condolences: PinesFunerals.com