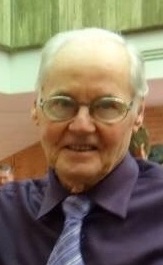 Don was a brick mason for 45 years but his passion was serving the Lord, especially in the area of sharing the Gospel through internet outreach.