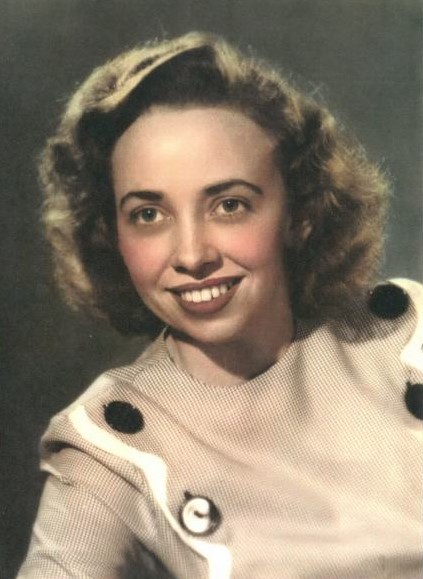 Donnalou Phyllis (Wildman) Adkins passed away peacefully surrounded by her son, daughter-in-law and granddaughter in Pinehurst, North Carolina on December 14, 2018.  Donnalou was born in Deedsville, Indiana on April 11, 1927, had her 2 children in Logansport, Indiana, raised her family in New Albany, Indiana and spent 25 wonderful years of retirement in Sebring, Florida.  Donnalou was pre-deceased by her loving husband of 54 years, Billy Joe Adkins (2005) and tragically her oldest son, Mark Thomas Adkins (1972). Mark died in an unfortunate baseball accident while playing at the New Albany Indiana Little League.

Donnalou earned her RN degree from the Ball State University School of Nursing in 1951.  She married the love of her life, Billy Joe Adkins in 1952. Donnalou worked tirelessly in nursing in Muncie, Indiana while her husband fought in the Korean War.  Their first child, Mark Thomas Adkins, was born in 1958 and their second child, Kirk Slee Adkins was born in 1960. After the 2 boys were born, Donnalou left the nursing profession and focused her time on being an immaculate homemaker and supporter of her husband’s career.  She was very fond of her niece, Nancy (Wildman) Lewis, who lived with the family for a short time while Donnalou’s 2 boys were toddlers. She kept a spotless home, entertained frequently and delightfully, prepared beautiful meals for her family, served in countless roles in her boys school PTA, was her boys Cub Scout Den Mother, sports activity taxi driver and helped her boys deliver newspapers on their delivery route during inclement weather or at her boys frequent urging.

Donnalou was an active member of the Sorority, Tri Kappa, an accomplished bridge player and held a 12 handicap in golf for many years.  She rejoiced in spending time with her grandchildren by taking them swimming and helping to teach them the game of golf with a particular emphasis on etiquette.  Donnalou was truly an outstanding putter and frequently dispensed putting tips much to the chagrin of her son and grandsons.

Condolences may be made at pinesfunerals.com