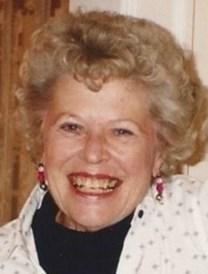 Dorothy McIntyre Sanders, a longtime elementary school teacher in the Amherst Central School District, died Aug. 28 at Canterbury Woods, East Amherst, after a long illness. She was 90. A funeral service will be held 11:00 AM Friday at Powell Funeral Home Chapel conducted by the Rev. James D. Ewing. Burial will follow in Seven Lakes Cemetery. Mrs. Sanders, who was born in Red Oak, N.C., spent more than 25 years teaching first- and second-grade students at the former Eggert Road Elementary School, now closed, and then at Windermere Boulevard Elementary School. She maintained ties to many of her former students throughout her life.   She also taught Sunday school at Westminster Presbyterian Church in Buffalo, where she was active as a member and a church deacon at one point.   Mrs. Sanders earned her bachelor’s degree at Lees-McRae College in Banner Elk, N.C., and then went on to receive a master’s degree in education from the University at Buffalo before she entered the classroom.   She and her husband, the late Dr. Benjamin E. Sanders, a former professor of biochemistry at UB’s School of Medicine and Biomedical Sciences, traveled extensively with their family, including a one-year sabbatical in Lausanne, Switzerland, and further trips throughout Europe. The Sanders also visited China as participants in a People-to-People university delegation in 1983.   The couple retired in 1985, moving back to North Carolina, where she was active in Democratic Party politics and charitable organizations in the Seven Lakes area, including the Coalition for Human Care. She also taught Sunday school in the Tar Heel State, before moving back to Buffalo 11 years ago, to Canterbury Woods.   She is survived by her son, B. Lamar Sanders; her daughter, Marcia Sanders Sarkin; sisters Ellen Thurston, Peggy Reed and Jean Smith; and three grandchildren. Powell Funeral Home and Crematory is assisting the Sanders  family.