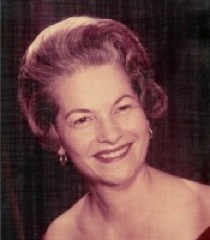 Columbia, SC
A graveside service was held Thursday in Southern Pines, NC for Dot Schmolze who went to be with the Lord on Thursday, May 3, 2012 after a brief illness, at the age of 96.
She was raised in Tampa where she attended Dawson Business College, worked for the Tampa Morning Tribune, and also created the Susan Lake line of ladies hats. She married the late Shel Schmolze and they resided in Ridgewood, NJ where she was a mother and homemaker and later worked in payroll administration for Bergen Community College. In retirement, she and Shel moved to their 'dream home' in Foxfire Village, NC.
She was preceded in death by her husband Shel, sisters Catherine and Martha, and her brother Robert.
Surviving are her sons John and Bob (Diane) and grandchildren Kimberly and Peter. She was affectionately known as 'Grand Dot'.
In lieu of flowers, the family requests that memorials be made to: Compassion and Mercy Associates, PO Box 35000, Colorado Springs, CO 80935 (Please designate: 'Potucek-works, in memory of Dot Schmolze')
She always gave sacrificially of herself to her family. We love you mom. We love you Grand Dot.