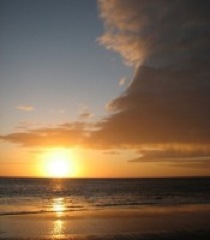 Douglas Walter Sherman, 73, of Knollwood Village died Thursday January 3, 2013 .
A memorial service was held on Friday, January 11th in the Chapel at Powell Funeral Home.
Born September 23, 1939 in Minneapolis, MN he was a son of the late Walter and Clara Slotz Sherman.
Doug grew up in Los Angeles, CA and attended UCLA. He moved to Stamford, CT in the security industry. He founded and was President and CEO of of Alpha Security. He was a HAM Radio Operator and was President of 'The Sunrise' Rotary Club of Danbury, CT and attended The Rotary Club of Southern Pines after moving here in 2010.
Doug is survived by his wife, Eda H. Sherman of Southern Pines, one daughter, Jennifer Williams and husband Clay of Harlingen, TX, one son, David Walter Sherman of Sebastol, CA, and two grandchildren, Jessica and Conner Williams both of Harlingen, TX.