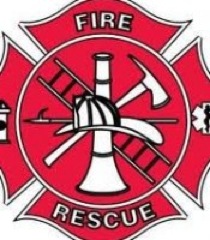 WEST END, NC
Earl E. Babcock,Sr., age 75, died Thursday (2/24/2011) at his residence.
A funeral service will be held 11:00 AM on Monday at Bethlehem Baptist Church with the Rev. James Cagle officiating. Burial will follow with military honors in the church cemetery.
A native of Illion, NY he was the son of the late Howard & Mary Lewis Babcock. He served in the US Army during the Korean Conflict and retired from the New York Fire Department, Engine 4, Broad & Allen in Rochester, New York. He retired and moved to Moore County in 1989. He was preceded in death by a sister, Shirley Smith.
He is survived by his wife, Barbara Dupree Babcock; a daughter, Pamela Neerbasch & husband, David of Rochester, NY; two sons, Earl E Babcock, Jr. of Aberdeen and James Babcock & wife, Phyllis of Baltimore, Maryland; a brother, Howard Babcock of Hilton, New York; seven grandchildren and several nieces and nephews.
The family will receive friends on Sunday from 6:00-8:00 PM at Fry and Prickett Funeral Home.
Memorials may be made to Liberty Hospice, 300 W Pennsylvania Ave., Southern Pines, NC 28387 or Bethlehem Baptist Church, 3244 Dowd Road, Carthage, NC 28327.
Online condolence may be made at www.PinesFunerals.com.