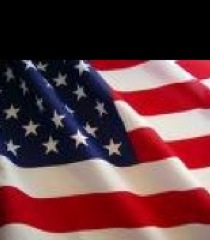 Southern Pines, NC
Edward U. Sontheimer, 89, of Pinehurst, died Sunday, January 23, 2011 at ElmCroft.
A Mass of Christian Burial will be held at 11:00 A.M. on Saturday, January 29th at Sacred Heart Catholic Church with Rev. James M. Labowsky as Celebrant. The rite of committal will follow in the Mausoleum at Pinelawn Memorial Park with Military Honors.
Born July 17, 1921 in Philadelphia, PA he was a son of the late Ulrich and Mary Greiner Sontheimer and husband of 61 years to the late Ella J. Sontheimer . He retired from McGraw-Hill Companies in 1986 as Director/Assistant Vice President of Information Technical Services. Since 1992 he was a member of Sacred Heart Catholic Church in Pinehurst, NC, was a Navy Veteran of WW II serving in combat Naval Ship Escort Duty on Anti-Submariine Patrol for the United States Atlantic Joint Naval Operations Sea Command operating from Cape May, New Jersey. After the Europen war ended he was transferred to the Southwest Pacific area of combat operations. He received a letter of commendation from the Chief of Naval Personnel. Upon discharge from active duty he spent 22 more years in the inactive Naval Reserve.
Mr. Sontheimer is survived by a son, Edward C. (Chuck) Sontheimer of Maine and a daughter, Sunny M. Parry of Maine, three grandchildren and eight great grandchildren.
The family will be receiving friends on Friday, January 28th from 6 to 8 P.M at Powell Funeral Home in Southern Pines.
Memorials may be made to the charity of one's choice.