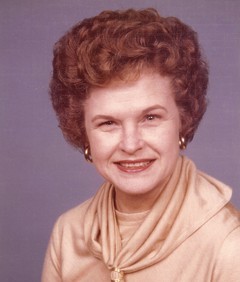 Betsy Edmundson, 91, of Southern Pines died Thursday, May 5, 2016, at Kingswood Nursing Center, after a long illness. A memorial mass will be 2:00 PM Thursday at St. Anthony of Padua Catholic Church. She was born Catherine Elizabeth Bowman on February 1, 1925, in New Bern, N.C., a daughter of the late Charles Harwood Bowman and Anna Elizabeth Caton. Growing up in New Bern, Betsy was a member of St. Paul's Catholic Church, the oldest Catholic Church in North Carolina, and attended their school before moving to New Bern High School. She graduated in the class of 1942, having been voted both "most popular" and "best looking," and she was awarded the American Legion School Award for academics and leadership, which included a scholarship. She next attended Georgetown Visitation College in Washington, D.C. In 1944 she married Marine Lt. Morris W. Hitson, who was soon flying close air support for ground troops in the Pacific war theatre as a corsair carrier fighter pilot. In 1959 Betsy was selected to be one of the first hostesses in the newly rebuilt colonial Tryon Palace in New Bern. Originally built in 1770, the Palace was the first permanent capitol of North Carolina and housed the state's first governors. In 1960 Betsy moved to Southern Pines where her parents, Mr. and Mrs. C.H. Bowman, had already relocated. Her father was the Vice President and Cashier of The Citizens Bank and Trust Company on N.W. Broad Street, that later merged into First Union, then Wachovia, and finally Wells Fargo. In 1961 Betsy became one of two ladies running the newly built Southern Pines Savings and Loan, S.E. Broad Street, which later became First Federal Savings and Loan of Moore County, and finally First Bank. The Savings and Loan started with assets of less than $1.5 million, and First Bank today has over $3.4 Billion. In 1969 Betsy was elected Secretary-Treasurer of the corporation and held that office for 18 years. She retired in 1987 after 27 years of employment. In 1977 Betsy married Edward S. Edmundson, Jr. They loved to socialize and took many trips and cruises around the country and the world. Both were avid duplicate bridge players and frequently competed in local tournaments, often winning. In 1987, she and her partner, the late Kitty Thorn of Pinehurst, won the American Contract Bridge League U. S. Eastern Regional Championship. As a result, this organization awarded her the designation of Silver Life Master. Betsy Edmundson was in many ways a lady ahead of her time. She was a single working mom long before it was a norm. She was also one of the first women to be a board member of a major local corporation. But most people will remember her as a charming Southern lady with a very big heart. We are sorry to see her go, but we are happy that she no longer suffers. She is predeceased by her husband, Edward S. Edmundson, Jr.; her sister, Helen Bowman Tyson; and her brother Dr. Charles H. Bowman, Jr. She is survived by her daughter, Elizabeth Hitson Strickland(Bill); her son, Morris W. Hitson, Jr.; her step-sons, Edward Stanley Edmundson III(Anne) and Dr. Garner Lee Wells Edmundson(Jan Swanson); her grandchildren, Caroline Strickland McGrail(John), and Brian Joseph Strickland (Heather) ; her great grandchildren, John Patrick McGrail Jr., and Elizabeth Margaret McGrail, and several nephews and nieces. Powell Funeral Home and Crematory is serving the Edmundson family. Online condolences: PinesFunerals.com