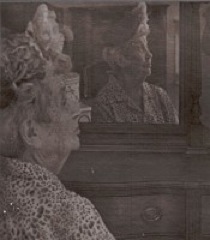 Elizabeth Williams Garner, age 86, died Friday, November 26, 2010 at Peak Resource-Pinelake in Carthage.
Funeral services will be 2:00 PM Sunday at Tabernacle United Methodist Church conducted by the Reverend Mike Weber and Reverend Tom Holtsclaw. Burial will follow in the church cemetery.
She was the daughter of the late Curtis C. Williams and Cora Horner Williams and was a retired teller for Robbins Savings and Loan where she worked for 25 years. She was preceded in death by her husband, Coolidge Garner, who died in 1988, brothers Edward and Harold Williams and a granddaughter Erin York.
She is survived by daughters Jan Simmons and husband Michael of Robbins and Terri York of Robbins; grandchildren: Josh York, Katie S. Brown and Brandon Simmons, and six great grandchildren.
The family will receive friends following the service in the church fellowship hall.
Memorials may be made to: Tabernacle United Methodist Church, P.O. Box 395, Robbins, NC 27325.
Condolences: www.PinesFunerals.com
Kennedy Funeral Home in Robbins is serving the Garner family.