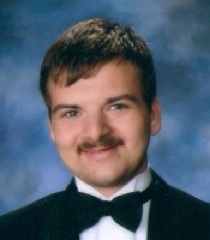 Eric Michael Bowles 20, died Thursday, November 21, 2013.
Funeral service will be held at 1:00 PM on Tuesday, November 26, 2013 at Carthage United Methodist Church, with the Reverend Mattheue Locklear, Reverend Kevin Skogen, Reverend Edwin Moore and Reverend Adam Beddingfield officiating. Burial will follow in the Frye Family Cemetery, Robbins, NC.
Eric was a native of Moore County. He was a huge Carolina fan and he enjoyed all sports. He graduated from North Moore High School and was the manager of several of their athletic teams there. Eric also enjoyed playing pool, video games and will be missed by all. He touched so many lives with his carefree smile and would always brighten even the darkest day. He was preceded in death by his grandfathers, Robert Richard Bowles, Sr. and Grady Lee Frye .
Eric is survived by his father: Richard Bowles,of Carthage; mother: Kathy Frye Bowles, of Robbins, brother: Adam Richard Bowles, of Robbins; grandmothers: Clara V. Bowles, of Carthage and Pauline W. Frye, of Robbins. Eric leaves behind many aunts, uncles and cousins who will miss him very much.