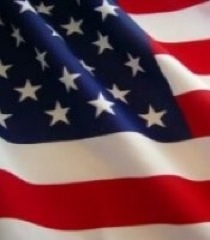 Ernest 'Ernie' R. Hanford, 92, of Southern Pines died Sunday, August 11, 2013 at his home.
A memorial service will held at 11:00 a.m. on Saturday, September 21st at Community Congregational United Church of Christ.
The family will receive friends following the service at the church.
Born December 27, 1920 in Springfield, MA he served our country in the Army Air Corps from 1943 to 1947 with overseas assignments in Newfoundland during WWII. He also served in the Air Force Reserves as a Sergeant from 1947 until 1951.
Ernie was a graduate of The International College and worked for insurance companies, banks, and also as a manager of a Friendley's Ice Cream Restaurant.
Ernie and his wife, Ruth were married for 54 years when she passed away in 2005. During those years they traveled to all 50 states and several other countries. They enjoyed many Elderhoster Weeks and cruises. They loved to entertain and one of their favorite activities was playing bridge.
Since arriving in Southern Pines 30 years ago, Ernie has been very involved in volunteering for community and county organizations. He received the Governor's Volunteer Award in 1988, the Southern Pines Outstanding Volunteer Award in 1992, the United Way Humanitarian Award in 1995, and the United Way Cornerstone Award in 2010.
Ernie was preceded in death by his wife, Ruth and his sister, Barbara.
He is survived by many nieces, nephews, and cousins from the Hanford, Scheid, and Foss family. He had many wonderful friends from MA and CT that he continued to stay in touch with. He had fantastic friendships with his neighbors in Knollwood Village and those he knew from his churches and the organizations for which he volunteered.
Memorial contributions may be made to Community Congregational United Church of Christ, 141 N. Bennett Street, Southern Pines, NC 28387
Powell Funeral Home and Crematory are in charge of the arrangements.
Online Condolences may be made at www.PinesFunerals.com