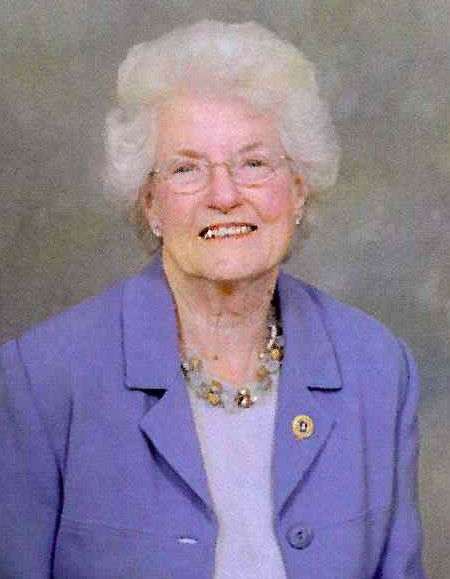 Evelyn McCaskill Taylor, aged 97 of the Penick Village in Southern Pines passed away peacefully on Monday the 8th of February 2021.

A native of Mt. Gilead she was a daughter of the late Carol and Maggie Ussery Mask. A state employee, Evelyn was retired from the medical records office at McCain Hospital. She was a faithful and active member of the First Baptist Church in Aberdeen, where she had been the oldest living member. She endowed and oversaw the Samaritan’s Fund, providing support and relief to the greater Aberdeen community.

Evelyn’s charm and joy for life was evident in all she did. She was a standing member and former president of both the Garden & Book Clubs in Aberdeen. A Sunday School teacher at First Baptist and a member of both the Chancel and Keen-ager Choirs she remained active in her church until 2019. Her interest in and promotion of education was of great importance to her. She served on both the Board of Trustees of Wingate University in Wingate, NC and the Board of Visitors at Green Mountain College in Poultney, VT. Her generosity of spirit and her wisdom were gifts to all who knew her. She was patron for the Green Mountain College choirs and endeared herself to them, often visiting and sharing in their life celebrations. Evelyn’s passion for travel and people took her throughout the United States and to South Africa. She showered those who knew her with care and charm. Her legacy is one of grace and truth.

Evelyn was preceded in death by her two husbands, Arnold McCaskill in 1982 and Jack Taylor in 1994, and her daughter Amanda Lawson in 2020.

The funeral service will be at  2:00 p.m. on Sunday the 14th of February at Aberdeen First Baptist Church in Aberdeen, NC, the Rev. Daryl Cornett and Rev. Collette Bachand will be presiding.

Memorial gifts may be made to: Aberdeen First Baptist Church

To leave a kind word of memory of Evelyn to the family condolences may be made at PinesFunerals.com