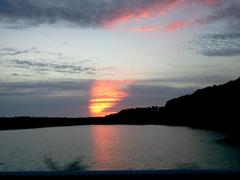 Graveside services will be held Tuesday, June 28, 2016 11 AM  at Pine Rest Cemetery, with the Reverend Mamie Alley officiating. Following the service the family will receive friends in the Tabernacle United Methodist Church fellowship hall.

Faye was born in Guilford County, graduated from Elise High School and Business College in High Point.  She loved the Lord and served her church as a Sunday School Teacher for over 20 years.  Faye was a Teacher's Assistant for the Moore County Schools serving children in the Special Learning Classes.  She enjoyed reading, gardening and her cats. Faye loved her family and enjoyed time spent with grandchildren best of all. Faye is a daughter of the late Wiley Fletcher and Viola Hussey Ritter and was preceded in death by her husband James R. Callicutt, Sr.

The family would like to express their thanks for the loving care that was given to their mother by FirstHealth Hospice.

The family will receive friends from 7 to 9 PM, Monday, June 27, 2016 at Kennedy Funeral Home and at other time at the home of her daughter Susan Lewis.

Condolences may be made to www.pinesfunerals.com