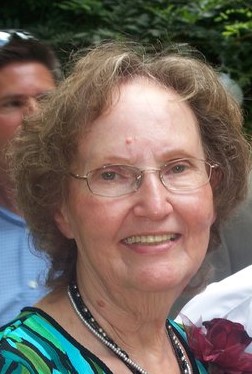 Funeral services will be 2:00 PM Tuesday, January 11, 2022 at Flint Hill Baptist Church conducted by the Rev. William J. Hancock and Pastor Brian Maness. Burial will follow in the church cemetery.

A native of Moore County she was a daughter of the late Charles Furman Wicker and Clara Taylor Wicker.

She was valedictorian of the last graduating class of Farm Life High School in Carthage NC.  During her senior year she married the love of her life, James Paul Maness of Robbins.  Shortly thereafter he joined the army and left for Germany.  After graduation she moved to Washington DC where she worked for over a year as a secretary for the FBI.  Upon James Paul’s return she settled down as a homemaker and raised a family of five.  In the mid 1980’s she returned to work as a legal secretary for the law office of Frank Thigpen and attended Sandhills Community College at night where she earned her degree in Business Administration.  She worked for over 20 years for Frank and his staff before retiring.

She was preceded in death by her husband of 60 years, James Paul Maness, a daughter Michelle Moore, a grandson Christopher Maness, a brother Mack Wicker and a sister Jean Brown.

The family would like to acknowledge her very special care giver, Leslie Brewer LePlume of Robbins, who provided in-home care and so much love for the past few months.

They would also like to extend their gratitude for the care and home visits their mother received from the staff of FirstHealth Hospice.

Memorials may be made FirstHealth Hospice Foundation, 150 Applecross Road, Pinehurst, NC 28374 or to The Alzheimer’s Association at alz.org

Condolences on line a pinesfunerals.com