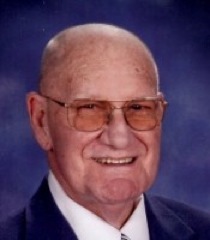 Fred Elon Flinchum, Jr., 78, died Tuesday, February 1st at the VA Hospital in Durham.
A memorial service celebrating Fred's life will be held at 3:00 p.m. on Sunday February 13, at Emmanuel Episcopal Church in Southern Pines. The family will receive friends following the service in the Fellowship Hall.
Born in Carthage, he was a son of the late Fred E. And Mary Mills Flinchum and was preceded in death by his sister, Betty F. Smith.
A U S AirForce Veteran, Fred made his home in Sacremento, CA where he was in the Insurance business and served as a Lieutenant with the County Sheriff's Department Reserves. He returned to Moore County in later years, became an Associate Chaplain at FirstHealth Moore Regional Hospital, was a member of Emmanuel Episcopal Church and Sanctuary Choir, also enjoyed singing and helping with music at Saint Mary Magdalene Episcopal Church in Seven Lakes and was a member of St. John Masonic Lodge #3 in New Bern.
He is survived by a son, Michael of Canada, a daughter, Sharon of California, a friend, Martha Flinchum of California, four brothers, Bill (Anne) of Southern Pines, Charles (Joan) of Seven Lakes West, Reid (Connie) of Sneads Ferry, Russell (Patty) Flinchum of Burlington, one sister, Kathryn (John) Kinney of Pinehurst, two grandchildren and one great grandchild.
Memorials may be made to Emmanuel Episcopal Church, 350 E. Massachusetts Ave., Southern Pines, NC 28387 or to a charity of the donor's choice.