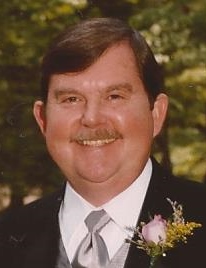 After a courageous battle with ALS, Garry Benjamin Williams, 64, of Inman, SC (formerly of Robbins, NC) went home to be with the Lord on May 16, 2016.  He attended Newspring Church in Boiling Springs, SC.  His formative years were spent in Rock Hill Friends Church and held influence throughout his life as he grew in his relationship with Christ.

After graduating from North Carolina State University in 1974 with a degree in Computer Science, he accepted a position with Milliken & Company in Spartanburg, SC. He remained with Milliken for 38 years, retiring as Director of Information Technology in 2011. Garry appreciated interesting challenges, which he encountered and enjoyed during his years with Milliken.  He was well respected and loved by his co-workers who have regularly visited with him during his battle with ALS.

Garry enjoyed spending time with his loving wife Patsy (Pat) Eller Williams, his loving son Gary Chad Williams of Seagrove, daughter-in-law Laura and grandchildren Layla and Owen. He also enjoyed time with his step-daughter Ginger Case and her husband Thomas of Inman, SC. Porsha and Roxy, his furry four-legged friends, held a special place in his heart and they will miss him.

He was extremely talented in every aspect of his life whether he was building a computer, a house or rebuilding a car.  Auto racing was in his bloodline and some of his favorite weekends were spent participating in racing functions.

In addition to his dear family mentioned above, Garry is loved and survived by three brothers: Edwin (Ruth), Lynn (Linda) and Tommy (Lisa) Williams of Robbins and three sisters: Linda "Susie" Kearns (Charles), Vicky Strider (Barney) of Robbins and Darlene Samples (Mark) of Carthage.  He also leaves behind many nieces, nephews and friends, and his loving in-laws, the Eller family.

A celebration of his life will be led by Rev. Kenneth McNeill at Robbins First Baptist Church, 651 Hemp Street, Robbins, NC at 2:00 p.m. on Saturday, May 21, 2016. The family will accept visitors at the church beginning one hour prior to the service. Burial will follow at the Williams Family Plot at Pine Rest Cemetery in Robbins.

Kennedy Funeral Home in Robbins is assisting the family.

Condolences maybe made at www.pinesfunerals.com