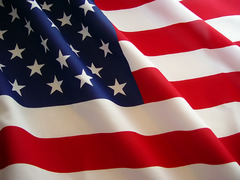 Gentry T. Frye, 85, of Carthage passed away on Saturday, July 26th at Manor Care in Pinehurst.

Mr. Frye was a U S Army Korean War Veteran and was a prisoner of war for 33 months.

He worked as a mechanic for 36 years at Pinehurst Garage and then Clark Chevrolet/Cadillac until he retired in 1990.

His youngest son, David passed away in 2011.

He is survived by his wife of 60 years, Lilly O. Frye, one daughter, Lynn Blue (John) of Pinebluff, one son, Steven G. Frye (Sue) of Sanford, one brother, William Frye (Jewel) of Sanford, five grandchildren and two great grandchildren.

The family will be receiving friends from 7 to 9 p.m. Monday at Fry and Prickett Funeral Home in Carthage.

Condolences may be made at www.PinesFunerals.com