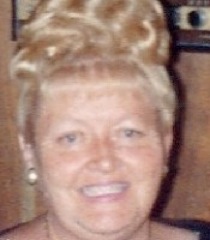 Geraldine Davis Boone
Geraldine Davis Boone, 69 of Seagrove died Wednesday October 3, 2012 at Autumn Care of Biscoe surrounded by her family.
Funeral service will be held at 2:00 PM on Sunday, October 7, 2012 at Brown's Chapel Christian Church with the Rev. Michael Parenti, Rev. Mack Beck and the Rev. Tim Beck officiating. Burial will follow in the church cemetery.
She was a native of Randolph County and a homemaker. She was preceded in death by her parents William Shelton and Edith Pauline Morgan Davis, and her brother Tommy Davis. Geraldine attended Brown's Chapel Christian Church. She was a friend to many and will be missed by all who knew her.
Surviving are her daughter; Debbie Boone Wright and husband Mark of Asheboro, a sister Dee Ann Nichols and husband Dwight of Durham and a brother Jerry Davis and wife Jan of Asheboro, and her grandson Halston Wright.
Family will receive friends from 6-8 PM on Saturday October 6, 2012 at Kennedy Funeral Home in Robbins and other times at the home of Debbie Wright 6947 Old Hwy 13 Asheboro, NC 27205
Memorial may be made to Brown's Chapel Christian Church 608 Brown's Chapel Church Rd. Robbins, NC 27325
Kennedy Funeral Home is assisting the Boone family.
Condolences may be made to www.PinesFunerals.com