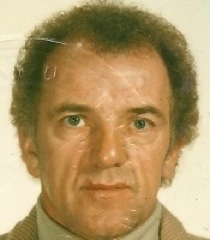 Gerhard G. Nau, 83, of West End died Wednesday, February 6, 2013 at his home.
Born in Bremerhaven, Germany. He came to the United States in 1956 and lived in New Jersey working for the trucking industry until retiring and moving to North Carolina in 1985.
Mr. Nau was predeceased by his wife of 53 years, Inge, and his brothers Alexander and Horst.
He is Survived by his sister, Irmgard Wahner of West End, nephew, Jens Jungemann of Raleigh, sister-in-laws, Karin Nau of Germany, Gisela Rooy and husband John of West End, Willy and Bernie Escherger of New Jersey, a niece, Toni Marie Jackson and husband James of Carthage.
Memorials may be made FirstHealth Hospice Foundation, 150 Applecross Road, Pinehurst, NC 28374