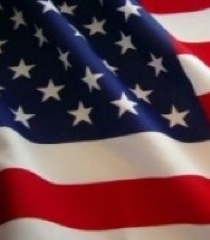 Mr. Henry (Eugene) Norton, 93, formerly of Bennett Street died Thursday January 30th, 2014 at his home.
Funeral services will be held at 2:00 p.m. on Monday, February 3rd at the First Baptist Church in Southern Pines with Dr. David Helms officiating. Burial will follow at Pinelawn Memorial Park.
Born September 9, 1920 in Scotland County he was a son of the late Henry and Lila Wright Norton and husband of the late Claytie Thrower Norton. He was preceded in death by his daughter, Sue Norton.
Eugene was a US Army Veteran of WWII and a recipient of the Bronze Star, he was a former Southern Pines Police Officer and continued working for the town as a heavy equipment operator for 40 years. He was a member of the Southern Pines Masonic Lodge #484 and was a member of the First Baptist Church.
He is survived by one daughter, Judy Norton (Steve Doyle) of Apollo Beach, FL, one son, Henry Eugene Norton, Jr. of West End, and one sister, Emma Lee Newberry of Aberdeen.
The family will be receiving friends from 4 to 6 p.m. on Sunday at Powell Funeral Home in Southern Pines.
Memorials may be made to FirstHealth Hospice Foundation, 150 Applecross Road, Pinehurst, NC 28374 or to Boys and Girls Homes of North Carolina, Inc., 400 Flemington Drive, Lake Waccamaw, NC 28450