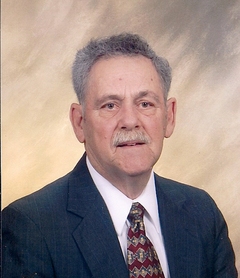 Funeral services will be held at 2:00 PM, Thursday, March 9, 2017,  at Needhams Grove Baptist Church, where he was a member, with the Reverend DJ Harry and Reverend Arnold Comer officiating, burial, with Military Honors, will follow in the church cemetery.

Herbert was native of Moore County.  He served his country in the United States Army. Herbert loved working with his hands and was a master carpenter. He loved the Lord and his family. He was a loving husband, father, grandfather and brother. He enjoyed spending time with family, hunting, fishing and being outdoors. Herbert was a man of few words, but he spoke volumes in the way he lived his life. He was a son of the late William and Alice Brown Garner and was preceded in death by sisters: Grace Cockman, Edna May, Flora Cagle, Donna Rose Ritter; brothers: Coolidge, Hardy and Russell Garner.

The family will receive friends from 6 to 8 PM, Wednesday, March 8, 2017 at Needhams Grove Baptist Church and at other times at the home of Don and Kathy Elam, 183 Cuffey Pond Road, Robbins, NC.

Kennedy Funeral home is honored to serve the Garner family.

Online condolences may be made at ww.pinesfunerals.com