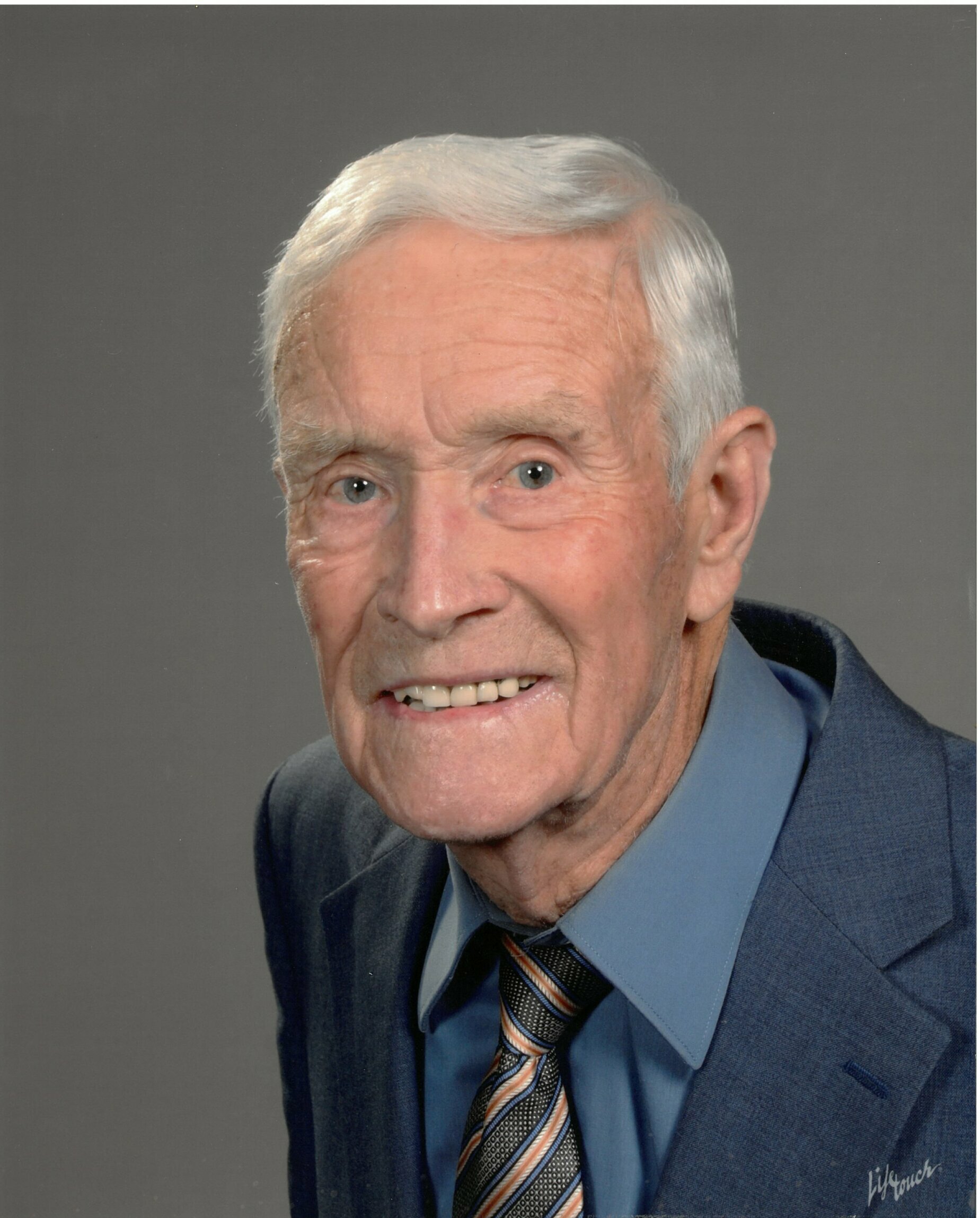 Mr. Seawell was born December 12, 1927 to Gilmer and Elva Mary Phillips Seawell on his grandmother’s farm, “in a house with 2 horses,” as Herman often said. A descendent of a Revolutionary War soldier killed at the Battle of King’s Mountain, Mr. Seawell served in the US Army during the Korean War after graduation from High Falls High School. His love of nature led him to not attend college after discharge but to farm and work as a brick mason so he could always be outside. He constantly pointed out the natural world to his children and delighted them by bringing home giant hornet nests, petrified tree stumps, large snake skins and other natural wonders.  He planted a garden the last spring of his life at age 93.

In earlier years, Herman hunted and fished as often as he could. Later he enjoyed golfing, often playing 2 rounds of 18 holes of golf without a cart.  Past his 90th birthday, he danced to bluegrass music as far into the evening as he could.

An oral historian and amateur genealogist of upper Moore County, Herman took his children on visits to cemeteries, old houses and ancient relatives throughout their lives.  He was an endless source of stories of relatives who discovered gold nuggets in Deep River, hid in the swamps after the war (Civil) for safety, and overcame local German prejudice to finally start marrying the pretty Scottish girls of lower Moore County as he himself did. He never met a stranger as he always wanted to determine “who their people were,” even questioning his doctors about their family names. His children and grandchildren will miss Papa’s stories and detailed background checks on their friends.

Mr. Seawell served as a Deacon and Elder of First Presbyterian Church, Carthage. He was a member of the Carthage Jaycees and a lifetime member of Carthage Masonic Lodge.

In addition to his parents, Herman was preceded in death by his wife of 48 years, Patricia Kelly Seawell, his two brothers, Wilton Seawell and Bill Seawell, and his grandson: Christopher Benton McLeod.

The family is deeply grateful for those who helped Herman during the last months of his life, in particular this includes the late Jeanette Morgan, and Tammy Breedon, CNA, who embodied loving care and compassion, First Presbyterian Women of the Church who brought meals, Liberty Home Care who provided outstanding professionals, and VA Sanford CBOC/VA Fayetteville professionals and patient advocates who helped the family navigate and provide care.  Thank you to the many others who also supported Herman in his final months.

A funeral service will be held on Saturday, November 20, 2021 at 11 AM at Carthage First Presbyterian Church with Reverend Rick Martindale officiating.  Burial with Military Honors will follow in the church cemetery. The family will receive friends following the service in the church’s Family Life Center. The family requests those attending to wear masks when possible.

Memorial contributions may be made to Carthage First Presbyterian Church Cemetery Fund or the Women of the Church.