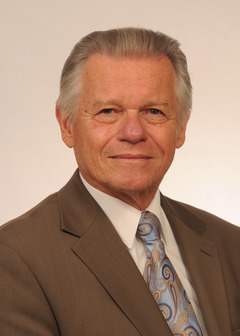 Howard Fleming fought a courageous 7 year battle with cancer which took his life. He died with family at his bedside at the FirstHealth Hospice House in Pinehurst on Friday, October 31, 2014. Funeral services will be 2:00 PM Sunday at Fry and Prickett Funeral Home in Carthage conducted by the Rev. Kevin Skogen. The family will receive friends prior to the service. Burial will be a private ceremony for the family. He was born in Fort Dodge, IA on October 27, 1939 to Paula and Howard Fleming. At the age of 12 he moved to Washington State where he would later marry Judy Barra in 1960. He was a businessman for many years; moving his family from Seattle to New York, residing in New Jersey, Connecticut and North Carolina retiring in 2007. In 2012, he became interested in gemology and became certified as a GIA gemstone associate. He enjoyed traveling to many places: Hawaii, England, Scotland, Greece, Spain, Portugal, Morocco and his last trip was a Riverboat cruise along the Rhine River visiting Switzerland, Germany, and Amsterdam. He is survived by his wife, Judy and two children. Son, Howard IV (Jan) of Spartanburg, SC; daughter, Deborah Gaynor (Dennis) of Monroe, CT and four grandsons, HJ and Benjamin Fleming, Ryan and Sean Gaynor. His family meant the world to him and they will miss him greatly. Memorials may be made to: Sandhills Presbyterian Church, 650 Pee Dee Road, Southern Pines, NC 28387; or to FirstHealth Hospice Foundation, 150 Applecross Road, Pinehurst, NC 28374. Fry and Prickett Funeral Home is serving the Fleming family. Condolences: PinesFunerals.com