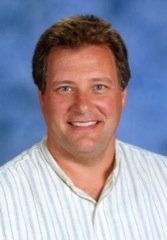 Robbins:
Hoyt Harvey Kennedy, 47 of 241 Elm St. died Sunday, November 30, 2008 at FirstHealth Moore Regional Hospital, Pinehurst.
Funeral service will be held 2:00 PM. Wednesday, December 3, 2008 at Smyrna United Methodist Church, where he was a member, with the Rev. Tal Madison officiating. Burial will follow in the church cemetery.
Mr. Kennedy was a native of Ruther Glen, Va; he was a teacher at Southern Middle School in Southern Pines. He also taught school at Eastern Randolph High School for 4 years. He was formerly employed with the Moore County Department of Social Services; he was a member of the Meshach Christian Rock Group. He was a Sunday school teacher at his church and also a member of the church choir and served on the Administrative Board. He played football at Union Pines High School, where he earned a full Scholarship to attend Catawba College. He was also a graduate of UNC Wilmington.
Surviving is: wife Robin Garner Kennedy of the home.
2 daughters: Allison and Erica Kennedy of the home.
Mother: Catherine Barber Kennedy of Carthage.
Brother: Chris Kennedy and wife Robin of New Bern
Brother in Law: Rodney Garner and wife Cassandra of Robbins.
Father and Mother in Law: Bill and Janelle Garner of Robbins.
Nephews: Aaron and David Kennedy of New Bern.
Nephew and Niece: Cole and Paige Garner of Robbins.
The family will receive friend