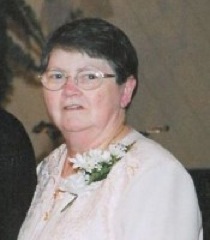 Imogene Burgess Baird, age 74, died Tuesday (7/19/2011) at Manor Care Health Service in Pinehurst.
A funeral service will be held at 11:00 AM on Friday (7/22/2011) at Fry and Prickett Funeral Home with her daughter-in-law, Sherry Baird officiating. Burial will follow at Cameron Cemetery.

A native of Harnett County she was the daughter of the late, Lincoln Burgess and Blanche Smith Burgess. She was preceded in death by her husband, Don Baird; a sister, Mary Womble and sister-in-laws, Marie Burgess and Deb Baird.

The family will receive friends from 6:00-8:00 PM on Thursday at Fry and Prickett Funeral Home.

On line condolences may be made at www.PinesFunerals.com