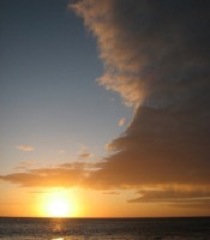 Inez Thomas Davenport, 97, of Aberdeen died September 23rd, 2013.
A memorial service will be held at 1:00 p.m. on Saturday, October 12th at the First Baptist Church where she was a member. Dr. David Helms will be officiating.
Born May 27, 1916 in Lee County she was a daughter of the late Bert and Lutie Poe Thomas and wife of the late Jack Davenport and was preceded in death by her daughter, Jacque Self and grandson, Ken Davenport.
She is survived by two sons, Wayne Davenport (Paula) of Northport, FL and Michael Davenport (Diane) of Newport News, VA, two step-daughters, one sister, Carol Woolley of Southern Pines, three grandchildren including Garrett Self of Chicago, IL, two step-granddaughters, three great grandchildren, and four step-great grandchildren, many nieces and nephews including Bobbie Shira of Southern Pines.