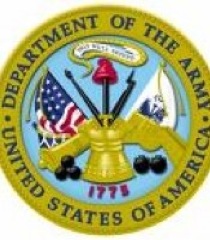 CAMERON
James Clyde Kelly, Jr. age 89 of Cameron died on Tuesday, August 14, 2012 at his home.
Funeral services will be held 11:00 am on Thursday, August 16, 2012 at Cameron Presbyterian Church with the Rev. Whitney Wilkinson officiating. Burial will follow in the church cemetery.
A native of Moore County, North Carolina, born on October 11, 1922, he was the son of the late J. Clyde and Louise Forbes Kelly. He was a decorated Army veteran of WWII, serving in the 120th Regiment of the US 30th Division. His record includes the Battle Stars of Normandy, the Battle of the Bulge, Central Europe and Germany, two Bronze Stars and two Purple Hearts. He gave a lifetime of service to the Cameron Presbyterian Church where he served in every office of church leadership. He was a lifetime member of American Legion Post 382, and the Democratic Party. He was a member and past president of the Vass Lions Club.
He was preceded in death by: his first wife Irene Lurndal Kelly; one sister Jean Forbes Kelly and one brother Daniel Owen Kelly.
He is survived by: his wife Kay Medlin Kelly;two sons Chuck (Sue) Kelly of Sanford and Mike (Sheree') Kelly of Carthage; one daughter Susan Kelly of Alexandria, Virginia; two step daughters Cindy Sutton of Ocilla, Georgia and Beth (Van) Crawford of Georgetown, S.C.; one sister Peggy Kelly Charles of Rutherfordton, NC; five grandchildren Heather, Brandon, Ashley, Shelby and Addie; one great grandson, Taylor; his beloved companion McIver.
The family will receive friends from 6:00-8:00 PM on Wednesday at Fry and Prickett Funeral Home.
Memorials may be made to Cameron Presbyterian Church, PO Box 68, Cameron, NC or First Health Hospice & Palliative Care, 150 Applecross Road, Pinehurst, NC 28374.
Online condolences may be made at www.PinesFunerals.com